Fundraiser set up for family of infant killed in dog attack 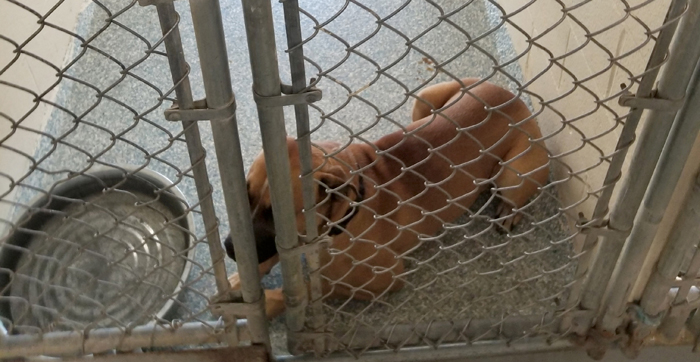 A 4-year-old dog named King lies in an enclosure at the Rowan County Animal Shelter Wednesday before he was euthanized for attacking and killing a baby boy a day earlier. Josh Bergeron/Salisbury Post

A Lexington family is mourning the loss of 6-month-old Jacari Long, who died Tuesday after he was attacked by his baby sitter’s dog in Salisbury.

The baby sitter sat the infant in a car seat in the living room of a house in the 700 block of Wilson Road. She walked outside to clean the back seat of her car so she and the baby could leave.

Police said the sitter heard her mother scream and ran back into the home.

The boy was being mauled by the boxer-pitbull mix, police said. The 4-year-old dog, named King, was taken to Rowan County Animal Control and was euthanized Wednesday.

The child’s mother and baby sitter called 911 about 2:30 p.m. Tuesday, then rushed the infant to Novant Health Rowan Medical Center by car. He was later airlifted to Wake Forest Baptist Medical Center, where he died as a result of his injuries.

Police continue to investigate. No charges have been filed.

The grandmother of the baby created a GoFundMe fundraising campaign to pay funeral and burial expenses.

For details about the fundraising campaign, visit https://www.gofundme.com/jacari-long-funeral-and-memorial.