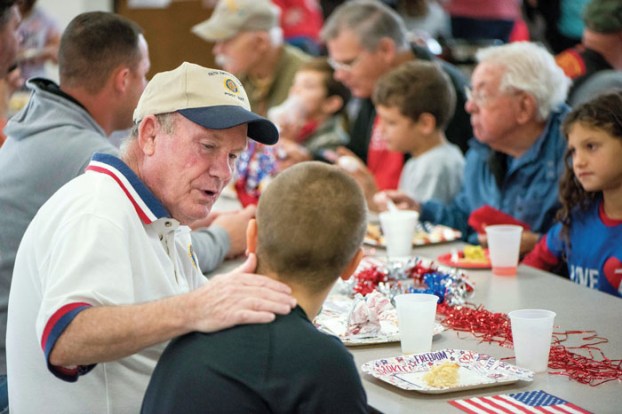 For 91 years, teachers, many of whom were residents of Faith, nurtured, mentored, encouraged, loved and taught each and every child that came their way.

Since 1928, many children from Faith and the surrounding community have obtained a quality education that prepared them for their lives ahead. School test scores prove that Faith students are learning and teachers continue to do an excellent job.

Since its beginning in 1928, Faith school became and has continued to be the heartbeat of the little town. The school sits geographically in the center of the town. The sound of children playing during the school day can be heard all over the town.  The flag waving at the entrance of the school can be seen from many vantage points. This is Faith school, our community school.

During 2018, a rather large group of Rowan County’s citizens all came together at the request of the Rowan-Salisbury Board of Education and Superintendent Lynn Moody to discuss the possible consolidation of some of the county’s schools. The group was to make recommendations to the board as to the best way to go about this huge task.  The school closings were said to be necessary in order to sew up the bleeding arteries that were draining the school dry in terms of school upkeep and maintenance dollars.  It was said that it took an average of $153,123 per school per year in maintenance needs, or $5.35 million per year for the system. The task force put together a three-tier consolidation plan.

Faith school was included with the Granite Quarry and Rockwell schools to form a new “East Elementary School.”  All this was reviewed at various meetings across the county to get the message out to the public.

At the school board meeting on Feb. 25, 15 persons from Faith learned that all of the work on the three-tier plan has more or less been abandoned. Now, the talk has turned to redistricting, with only Faith school closing in three of the six scenarios presented.

Also of note, it seems that now only the small towns and settlements across Rowan County would be affected and in danger of closing — Faith, Mt. Ulla and Enochville.  Koontz Elementary is still earmarked to become a vocational high school. In one scenario, Faith would close with our community’s children being sent to three different elementary schools — Koontz, Granite Quarry and Shive.

This brings up many questions. Why would the school board want to divide our community in this way when many on the board have spoken about the importance of community schools?  Where would our students go to middle school?  Where would they go to high school? What would this do to our church youth groups, scouts, civic groups and church before and after-school programs? What would become of the land and buildings of Faith school?  How would it affect our 4th of July Celebration and our merchants? What will happen to Faith school’s staff?

Many questions need to be answered. Perhaps the greatest question to ask now is, since we are now only looking at closing a few schools instead of many, how will this save enough money for the Rowan-Salisbury School System to stop the financial bleeding? And why are the small community schools being targeted?

A meeting is planned for 7 p.m. Thursday at Faith school in the auditorium. All parents, grandparents and concerned citizens should make plans to attend this important gathering.

We all need to be informed about Faith school’s future. This meeting is meant to inform and not to incite. We realize that the school board has a tremendously difficult job ahead of it.

We only ask that we be heard and that our concerns be considered just like every area of the county, from Salisbury to Morgan and from North Rowan to Cleveland.

Parents need to know about the future of their children’s education.

Now, just as the train horn sounded loud and strong in the town of Spencer at the thought of closing North, so may the good folks in the sleepy little town of Faith set off 4th of July fireworks with booms the likes of which the Rowan-Salisbury School Board has never heard.

Our little community deserves to be heard.

Despite the occasional assertion to the contrary by legislative leaders, that there’s no longer a Republican supermajority in the N.C.... read more