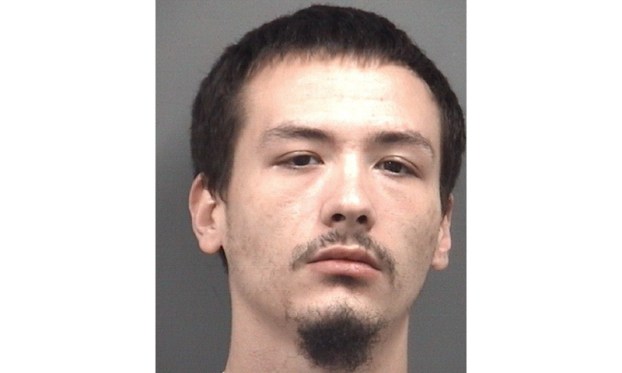 UPDATED: One dead, suspect at large after Woodleaf murder

WOODLEAF — One man is dead and another is wanted for murder after a 1 a.m. Sunday shooting, the sheriff’s office said.

Jabari Isaiah Rogers, 17, was shot and killed on Cone Drive in Woodleaf, the sheriff’s office said. Hayden Scott Godair, 25, has been identified as the suspect, and detectives have obtained an arrest warrant for Godair on charges of murder.

The sheriff’s office said it found Rogers suffering from a gunshot wound in a driveway on Cone Drive. Life-saving attempts failed, and Rogers was pronounced dead at the scene.

The sheriff’s office said Godair is believed to be “armed and dangerous.”

On Sunday evening, the sheriff’s office said detectives believe Godair may have stolen a white 1998 GMC Sonoma truck from Parks Road in Woodleaf. The truck has black primer paint on the doors and hood. The sheriff’s office said the vehicle may have damage on its right, front quarter panel and an orange Harley Davidson tag on the front as well as a license plate displaying “FJB-7592.”

Anyone who makes contact with Godair or spots the vehicle should call 911, the sheriff’s office said.

By Liz Moomey liz.moomey@salisburypost.com SALISBURY — Through a collaboration between the Community Appearance Commission and Tree Board, the city on... read more