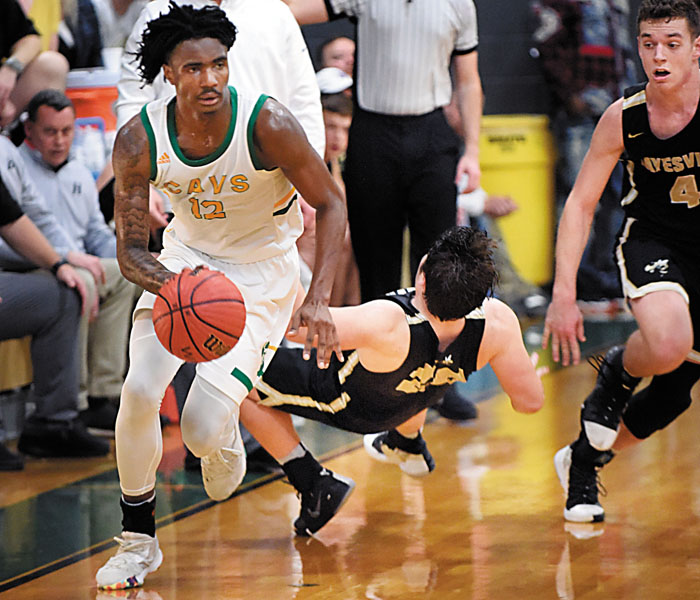 The host Cavaliers scratched out a 56-50 third-round win over Hayesville and find themselves among the last eight teams standing in the 1A state playoffs.

“We’re just enjoying the ride right now,” senior Derrick Page said with a smile that could light up Broadway. “Each round we play, it doesn’t get any easier. Any game could be the last we play together as a team.”

Third-seeded North — now 27-2 with 20 consecutive victories — completed a hectic week of single-elimination drama by marching halfway to a state title. It will visit the Community School of Davidson in the state quarterfinals on Tuesday.

“From the time I walked through these doors, their expectation has been to play for a state championship,” said first-year North coach Jason Causby. “Did we expect to be here? In the right manner, yes. Not in an arrogant way, but we feel we’ve worked our way to this point.”

They were oozing confidence after pushing past Hayesville (22-6), a team that endured a four-hour bus ride from a school parking lot situated just four miles from the Georgia state line. And when the Yellow Jackets took the court, sophomore Blake McClure immediately threaded a nothing-but-strings 3-pointer to open the scoring.

“They showed us they weren’t going to back down, no matter how physical we got with them,” said North senior Quintous Smith. “They were going to give us their best shot.”

The Cavs’ Dayjuwon Cooke led all scorers with 19 points, including 15 in the first half, and flushed down the game’s only dunk with two minutes left to play. Teammate Brevin Goodlett netted 10 of his 13 points in the second half. Hayesville placed three scorers in double figures, topped by freshman Kolbe Ashe’s 14 points, Hayden McClure’s 12 and 6-foot-7 freshman Jake McTaggart’s 10.

“The big guy’s a freshman?” Cooke questioned. “For him to be that good and that young, I have to respect his game. He came in and played hard.”

North snaked ahead, 28-25, at halftime, but quickly surrendered the lead on layups by McTaggart and Ashe early in the third quarter. “We came out playing a little too fast,” said Goodlett. “We weren’t under control.”

Causby instinctively sensed something was askew and called what proved to be an important timeout with 6:14 on the clock.

“In that first two minutes, we weren’t ourselves,” Causby explained. “We like to come out in the first two or three minutes of the half and set the tone. Instead, we came out and they beat us to the punch, so to speak. The timeout was called to settle them down, maybe slow them down. We challenged them in the moment and they responded.”

The turning point came midway through the third period. Kendrell Goodes snapped a 33-33 tie with a power-drive layup from the left side. Page followed with his second 3-ball of the game. And when Smith capped a 7-0 spurt with a vintage, North Rowan breakaway layup — off a Hayesville turnover — the overflow crowd thundered its approval.

“Even then, it was never out of reach,” said Hayesville coach Michael Cottrell, who promptly called for time. “We competed, we went nose-to-nose with a good, athletic basketball team and had an opportunity to win the game.”

That chance began to fade when McTaggart came to the bench with his fourth personal foul late in third period. In the fourth, North built eight-point leads on five occasions and went up 56-47 when Goodlett sank both ends of a one-and-one with 25.6 seconds remaining.

“From the timeout with six to go in the third quarter until the end, we buckled down, we stabilized, we got stops and made buckets,” Causby said. “We worked to get here.”

NOTES: The Cavs forced 24 turnovers, including nine traveling calls against Hayesville. … Cottrell is the son of former Western Carolina University coach Steve Cottrell. … Hayesville had won 18 of its previous 19 games. … McTaggart, a 200-pound tight end, has already drawn interest from the N.C. State football program. … The second-seeded Community School of Davidson is 27-3 with 15 straight wins. It outscored Pine Lake Prep, 93-74, in the third round.