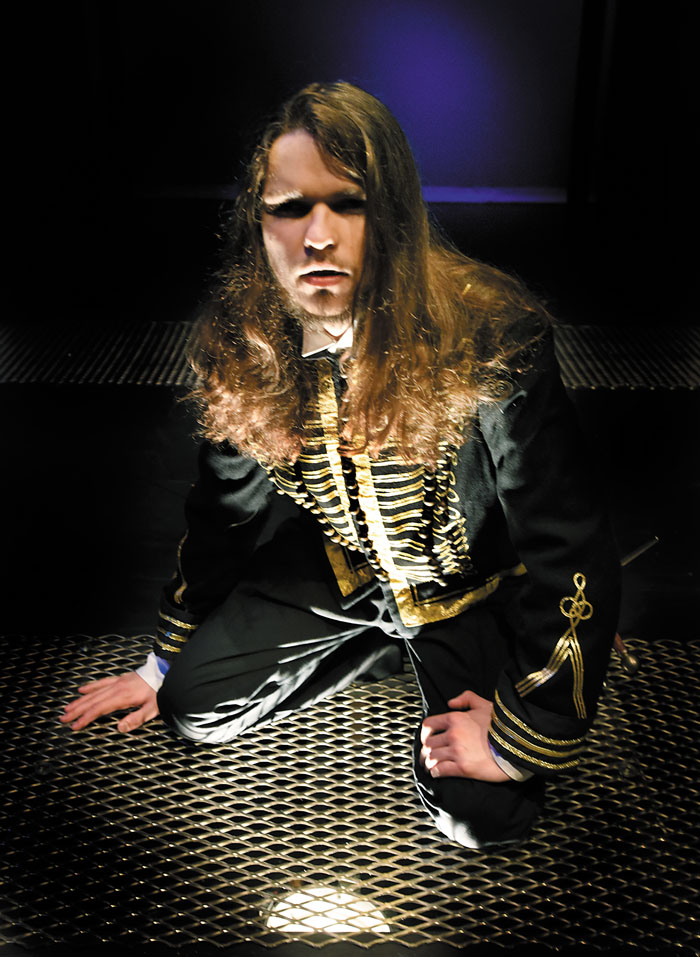 Joseph Clark plays Hamlet in the PPT youth production of 'Hamlet' Photo by Wayne Hinshaw, for the Salisbury Post 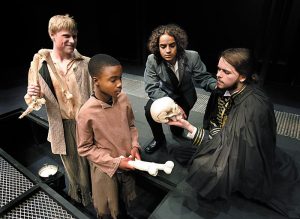 Why should anyone want to come see a production of William Shakespeare’s “Hamlet” at the Norvell Theater?
For one thing, it is a production.
If you read Shakespeare in class and found it hard to understand or boring, consider this: Shakespeare did not sit down to write a play that high school students would study 400 years later. He wrote a play meant to be performed. He wrote a play that needed to sell tickets. He wrote a play for his acting company.
This marks the 15th year of Shakespearean performances by Piedmont Players Theater.
Many students and parents through the years have been surprised to find how exciting and interesting the plays are when performed.
This year, the play is “Hamlet” — one of the most influential literary works ever written.
“Hamlet” is like a greatest hits list of famous lines from literature —
“To be or not to be;”
“Something is rotten in the state of Denmark;”
“Oh, woe is me;”
“Though this be madness, yet there is method in it;”
“One may smile, and smile, and be a villain;”
“Conscience doth make cowards of us all;”
“And flights of angels sing thee to thy rest.”
But these lines only live when they are spoken onstage.
“Hamlet” is one of the most produced plays in the history of theater. It is an exciting revenge tragedy. It has ghosts. It has sword play. It is actually funny (David Tennant of Dr. Who fame played Hamlet a few years ago). A recent production travelled the world and performed in every country in the world.
Most importantly, this will be the Norvell Theater’s production of “Hamlet.” It’s not a film to watch on Netflix. It will only exist for two weeks.
Joseph Clark is Hamlet. You may remember him from last year when he was Brutus in the Norvell Theater’s production of “Julius Caesar.”
Logan Funderburk of Reynolds High in Winston-Salem plays the King, Claudius. Claire Abercrombie is Queen Gertrude. Garrett Jennings is Polonius. Laura Bullock plays Ophelia and Hayden Weeks is her brother, Laertes. Ali Khatib is Horatio.
The cast of 20 has been rehearsing for many weeks to prepare for this production.
Middle school and high school students from the area will see the production Feb. 26, 27, 28, and March 1. And then public audiences will have the opportunity to see this production of one of the greatest plays ever written. Don’t miss it! 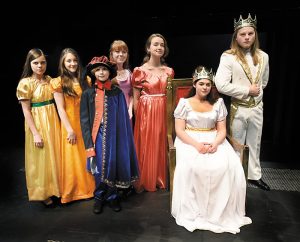