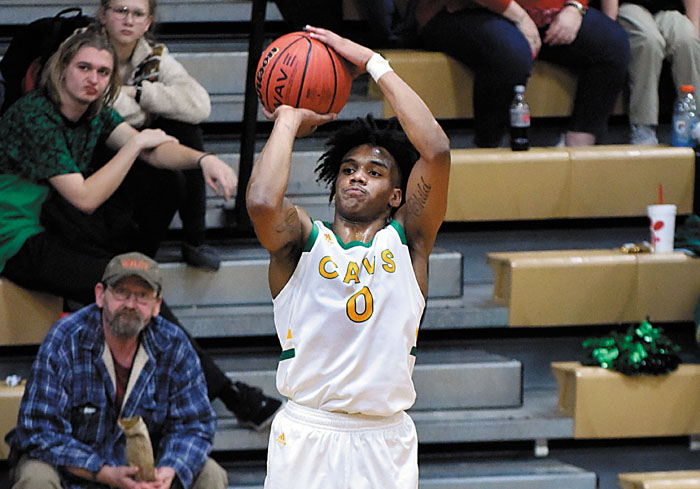 The Cavaliers officially began the get-down-to-business portion of their season by showing restraint and composure when it mattered most, keying a strenuous, 63-51 second-round victory against visiting Union Academy.

“We needed a game like this,” senior Derrick Page said. “They fought us pretty hard, but we’ve handled adversity like that all year. We’re just happy to get this one over with and move on.”

Third-seeded North (26-2) fought back just as hard and captured its 19th straight win. The Cavs will host Hayesville in Round 3 of the 1A state playoffs on Saturday night.

“We’ve had to play a couple of different styles of basketball this year,” said winning coach Jason Causby. “Obviously, we’ve got a style that we prefer to play. But tonight we saw a group that matched us inside with their size and athleticism. We had to adjust.”

Instead of turning the gym into a funhouse with whirlybird dunks and long-range splashdowns — as it did in Tuesday’s first-round victory — North used well-conceived dribble-drives and high-percentage jump shots to prevail. It finished with only two jams and two 3-pointers.

“Well No. 1, we brought some toughness into the game,” UA coach Barney Harris said after the 19th-seeded Cardinals closed up shop with an 18-10 record. “We come out of a conference (PAC-7) where every team is pretty good and every game is a battle.”

North’s Dayjuwon Cooke paced all scorers with 21 points, including 14 in the decisive second half. The Cavs opened a double-digit advantage in the first six minutes, but UA proved to be a rugged sparring partner and forged a 30-27 at halftime lead.

“I think in the second quarter we stopped playing our game,” Cooke said. “We can’t come in thinking we’re going to blow everybody out.”

“We tensed up a little,” teammate Brevin Goodlett added. “We came out in the second half and said, ‘We’re not going home yet.'”

Indeed, this victory over Union Academy came with the union label attached. North had to work for it, surging ahead on Cooke’s 12-foot jumper from the left side late in the third period and using Page’s second 3-ball to grab a 42-40 edge entering the fourth quarter.

“Before that, I was missing a lot of shots,” Page said. “But everyone kept telling me to keep shooting and eventually they’ll fall.”

“That’s just one of our veteran leaders stepping up and making a great play,” Causby said. “I wish I could take credit for it, but he did it. He made a great shot.”

North stretched its lead to four points when Goodlett fed a baseline pass to Cooke for a short basket as the final period unspooled. Moments later,  Goodlett brought the vociferous crowd to its feet when he powered inside for a pivotal layup, got hacked by UA’s Johnny Anderson and converted the ensuing free throw — providing a 52-45 North lead with 4:27 remaining.

“It looked like (Anderson) tried to take a charge,” said Harris. “It ended up being a basket. In the fourth quarter North Rowan just settled down and went back to attacking the basket. They adjusted and went back to their game-plan.”

The Cavs bolstered their lead in the final minute, when junior Denario Robinson drove the left side for a couple of layups, then closed the game with an exclamation point — a fast-break, major-league jam that capped the scoring.

“This was a tough second-round game for us,” Causby concluded. “But every time we get one more rung up the ladder in the state tournament, we feel good. At this point everyone we play is going to be really good.”

NOTES: Goodlett scored eight of his 18 points in the fourth quarter. … UA was limited to six field goals in the second half. Six-foot-4 junior Derek Young topped the Cardinals with 17 points and went 6-for-6 from the foul line in the final period. … No. 6 seed Hayesville (22-5) advanced with a 68-55 second-round win against Chatham Charter. The Yellow Jackets placed first in the Big Smoky Mountain Conference and enjoyed a 16-game winning streak. They’ve won 18 of their last 19 games. … North improved to 12-0 at home.