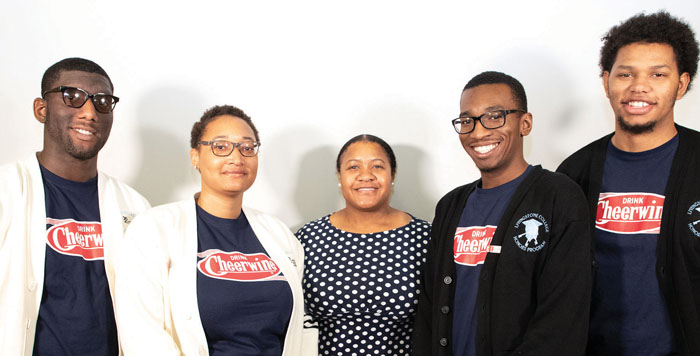 Submitted photo Students from Livingstone College will compete in the Honda Campsu Asll-Star Challenge, an academic competition, in April.

SALISBURY – After winning a series of regional competitions, Livingstone College is one of 48 schools that will vie for the championship at the 30th annual Honda Campus All-Star Challenge, the nation’s premier academic competition for historically black colleges and universities.

The tournament will be held April 13-17 on the American Honda campus in Torrance, California. The top prize is a $75,000 institutional grant from Honda.

Livingstone has competed in a number of these competitions, earning more than $20,000 through the years.

“My brother, Anthony Kyles, was a member of this team coached by Dr. Parrish four years ago, whereas their team won the regional tournament,” said team member Anna Kyles. “He encouraged me to join, and I am really glad I did. Livingstone College is a family, and it seems HCASC is a family, as well. Not only do I feel like I am in a rigorous jeopardy competition — having to think fast and beat my opponent on the buzzer — but I am also building friendships with future leaders of tomorrow from various places in the nation.”

In 1989, Honda established the competition as a way to recognize and celebrate the academic achievements of students at historically black schools. More than $9 million in grants from Honda to participating HBCUs have been used to fund tuition and book scholarships, student development initiatives, endowment and development campaigns, as well as facilities and equipment. Over its 30-year history, the competition has built a network of more than 125,000 program alumni.

The finals will be live-streamed starting at noon April 16. To view the live stream and for more information about the competition, including a list of the 48 qualifying teams, visit HCASC.com.