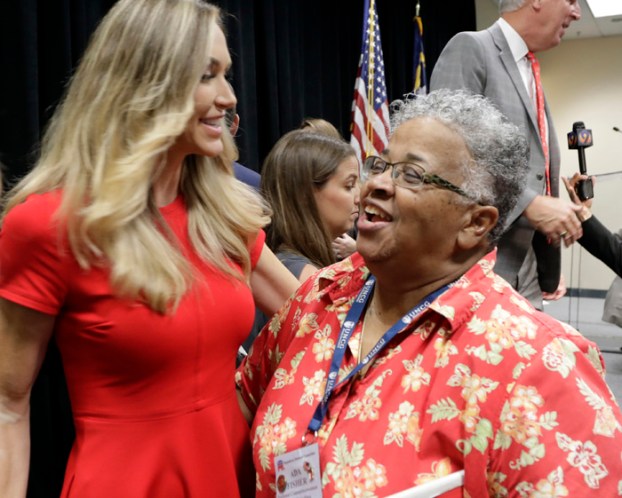 Ada Fisher: Help our HBCUs by forgiving their debts

As one of the last generations whose direct ancestors was a slave, here are a few points about my paternal grandfather, the Rev. Elijah John Fisher Sr.

Born in 1858, this man without a college degree appreciated early the value of a good education.  A charismatic preacher of unparalleled excellence, he was described in detail by his youngest son’s book “The Master Slave, Elijah John Fisher: A Biography.

My grandfather and his son, the Rev. Miles Mark Fisher, repeatedly answered the call of our historically black colleges  and universities (HBCUs).

Born in Fulton County, Georgia, Elijah J. Fisher not only ministered to several congregations, but also buried the dead.  He walked across state lines to capture his bride, Florida Neely who was a Native American. Together they raised nine children — all of whom were sent to an HBCU, either Spelman College or Morehouse College in Atlanta.

During his work, he would lose a leg, which became entrapped by his long tail coat running for a train which wouldn’t stop for blacks.

The loss of funding and accreditation are nothing new for HBCUs and, when such happened to the two institutions in his home county, he raised the money to keep Spelman and Morehouse open. For this service, Elijah John Fisher Sr. was awarded an honorary doctorate degree. He also put his skin in the game, sending all of his children to one of these schools.

When the 1910 Flexner Report recommended that all of the then 11 existing black medical schools be closed, except Howard University and Meharry Medical School, such was done. This ignored the exceptional performance of black doctors from the Leonard Medical School at Shaw University, whose students exceeded the national level for passing the state board as well as a faculty eventually absorbed as anchors for the UNC School of Medicine.

He died in 1915 and was buried in Chicago’s Mount Glenwood Cemetery,  which he founded. It contains his spouse and many of his children as well as the honorable Elijah Muhammed.

His youngest child, Miles Mark Fisher attended Morehouse College and ended his educational studies at the University of Chicago with a doctoral thesis detailing his sentential work and book “Negro Slave Songs in the United States,” the first decoding of the true meaning of these songs.

As pastor of the White Rock Baptist Church in Durham, the younger Fisher’s activism and community work in recreation led to much recognition. Many of his “church house boys” attended college. His devotion to his alma mater, Morehouse College, would see then-President Benjamin Elijah Mays sitting on our porch and developing the strategies needed to financially enhance that college’s future.

“Rev,” as he was affectionately known in the Durham community, was devoted to Shaw University, serving as professor of theology for 32 years without pay. His works spoke for him, leading to his receipt of their honorary doctorate degree.

My father, Miles Mark Fisher, preached that integration would result in black principals and teachers losing their jobs. It would negatively impact the black community, he said.

He was neither an integrationist nor segregation but believed that separation could have its own rewards. Further, he believed that if we lost the HBCUs, there would be no gatekeeper on higher education for people of color. Many would not be admitted elsewhere as standards were continually changed, keeping us out, he said.

Carter G.  Woodson is mentioned in some of my father’s letters.  His book, “The Mis-education of the Negro” rings true today for in all of our “getting,” we too often forget the basic requirement — know thyself.

One way to help our HBCUs is to forgive their federal debts prior to 1964 — when the current civil rights legislation went into place.

HCBU problems have stemmed in part from how the schools are regarded federally, in states and how the institutions are managed. This debt is not likely to be collected.

For those who want reparations, which aren’t going to happen, this debt forgiveness would be a feasible and justifiable act.

Salisbury Mayor Al Heggins may have meant well in her statement earlier this month in which she condemned raids by... read more