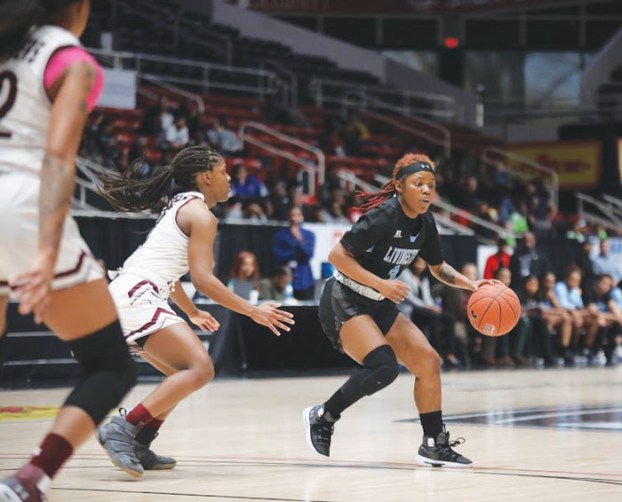 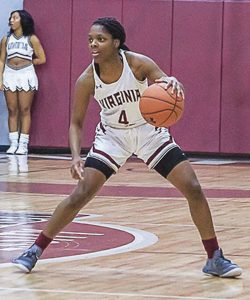 CIAA Player of the Year Shareka McNeill had other ideas. The sophomore scored a record-tying 59 points with unbelievable shooting, leading Virginia Union to a 91-57 victory.

Livingstone, which defeated Virginia State (67-63) on Tuesday with a hot start to that game, led early against Virginia Union as well. Star guard Daisa Harris nailed a 3-pointer for a 6-1 lead, just two minutes into the game.

But then McNeill took over, scoring 16 consecutive points over the next three minutes. That put the Panthers up, 17-8, and they never looked back.

“We definitely wanted to be ahead early and we knew that we had to account for Shareka,” said Livingstone head coach Tiffany Silver. “She’s the player of the year in the conference for a reason, but we didn’t expect her to come out and have a game like this.

“I think it (McNeill’s game) surprised everybody, including them,” continued Silver. “It was just one of those nights when she could have hit shots with her eyes closed. You rarely see someone go 100 percent from the floor in the first half.”

In an 82-64 win over Livingstone in Richmond on Dec. 15, McNeill played just 24 minutes and scored only nine points. She made just one 3-pointer in five tries.

But this game was much, much different.

McNeill, whose twin sister, Shameka, also plays for VUU, was 10-of-10 from 3-point range before missing, late in the third period. She “rebounded” and hit two more treys before quarter’s end, giving her 51 points, heading into the final 10 minutes.

She slowed down some in the fourth quarter, but McNeill hit two more 3-pointers in the closing minutes of the game, clearly going after the tournament record of 59, set by N.C. Central’s Cassie King against Bowie State in 2005. McNeill sank her final trey with 16 seconds remaining, tying King’s mark.

McNeill finished with crazy stats — making 19-of-29 shots from the field, including 14-of-20 from behind the arc. She was also 7-of-8 at the foul line, and smashed per previous career high for points in a game (36).

On defense, the Panthers (25-2) put the clamps on Harris, also a just-announced All-CIAA performer. Harris and teammate Darra Walker scored 25 and 18 points, respectively, on Tuesday. But against VUU, both players struggled with their shooting, leaving LC essentially without strong scoring threats.

The Blue Bears scored just nine points in the third period, and trailed, 81-38, going into the final stanza of their season. Livingstone’s largest deficit came with 7:24 left in the game at 85-39. LC did outscore the Panthers from that point, 18-6, closing the gap to 34 points.

Livingstone ends the season at 10-20, but had entered Wednesday’s contest with a 7-4 mark over its last 11 games.

The team’s 12-game losing streak in December and part of January took a big bite out its won-loss record, but the Blue Bears played well down the stretch and entered the tournament as the No. 4 seed from CIAA’s Southern Division.

The win over Virginia State on Tuesday was the program’s first CIAA Tournament success since a 50-45 victory over Lincoln in 2016.

“Our progress this year was slow, but it was still progress,” Silver said. “We definitely had a way better season than last year (6-21) and we have a lot returning for next year, so that keeps a smile on our faces. We have a lot to build on and a lot to build around.”

NOTES: Livingstone seniors Kyala Searcy and Kedra Bradley each scored five points in their final game. … Besides McNeill, no VUU player scored in double figures but 6-2 Jasmine Carter grabbed 15 rebounds and Rejoice Spivey had 10. … Spivey also had 11 assists, most going to McNeill.