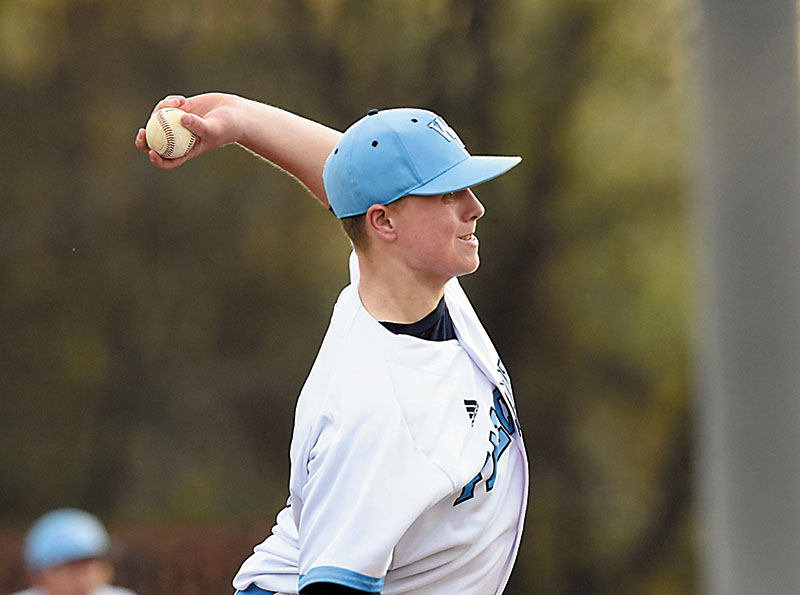 West went 3-8 against Rowan opponents. That was a hard fall after three consecutive conference championships.

West pitchers gave the team a chance most of the time, but defensive lapses and cold bats (.228 team batting average) left the Falcons with a 12-13 overall record and looking up at rivals Carson and East Rowan in the North Piedmont Conference standings.

West appeared to be in decent shape in mid-April, ready for a strong finishing kick, but then it dropped five of its last six, including a loss to Statesville.

“A lack of outdoor practice time due to the weather makes it hard to say for sure, but I really believe we’ll be quite a bit better,” Graham said. “This team has a lot of energy. We’ll be better defensively. We’ll make more contact at the plate. And it’ll be nice not to see (former Carson star) Owen White three times.”

West’s pitching should be somewhere between good and great. Graham said he has 10 capable arms, which is enough to stock an American Legion team.

Payne Stolsworth, a three-sport standout who is headed to N.C. Wesleyan for football, only won one decision last season, but he saved three games. His last two starts of 2018 — six innings of shutout ball against North Iredell and a loss to Carson in which he took a 1-0 lead to the sixth — were brilliant efforts.

Those two veterans should form the 1-2 punch for the Falcons, but Coach Graham is also counting on seniors Jake Perez, Cameron Graham, Carsen Bailey and Scout Nichols, all of whom gained valuable experience last summer with the Rowan County American Legion team.

Casey Gouge, a freshman left-hander, will be a major part of West’s future. Graham said the plan is for him to throw jayvee games, but he could also get some varsity innings.

“He already knows how to pitch and reminds me a lot of (former West southpaw) Bryan Ketchie,” Coach Graham said. “At some point, he’ll become one of the best pitchers in the county.”

Catching all those hurlers will be sophomore JT Fecteau, who played varsity ball as a freshman. Fecteau is an advanced player as far as defense and handling a staff. His bat should catch up with his mitt this season.

West’s infield will usually be Bailey at third, sophomore Steven Smith at shortstop, Cameron Graham at second base, and Durham at first base.

When Durham starts on the mound, Cade Bernhardt will play first.

Perez and Sell will give West excellent wheels at two outfield spots. Stolsworth is the probable left fielder when he’s not on the mound. He’s come a long way athletically in the past year and has improved his speed.

All of West’s projected starting outfielders are also pitchers, so Lane Adkins, the fourth outfielder, will have an important role, filling in at all three spots.

Stolsworth, Durham, who had 11 RBIs last season, and Fecteau will be counted on to produce runs in the middle of the batting order.

Smith is a potential lead-off man. He and Graham are likely to be the table-setters. Sells might be an ideal No. 9 hitter.

“We should be able to pitch it and catch it,” Coach Graham said. “If we can get those key hits, we can win our share.”