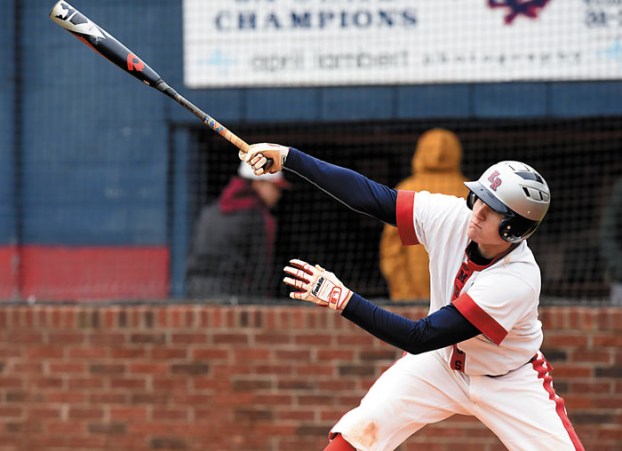 Key loss: Hayden Setzer, Rowan County co-player of the year was a two-way stud who led the Mustangs in wins, strikeouts and runs scored.

GRANITE QUARRY – East Rowan baseball coach Brian Hightower says it’s been “all rain and disaster so far,”  but he also is confident the Mustangs have the best team they’ve had in a while.

With opening day approaching quickly, East is dealing with injuries and illness.

Slugging right fielder Wayne Mize broke his nose in five places in a collision. Braeden Moore, a potential infield starter, is dealing with a concussion. Jake Hunter, key two-way player, had a bout with tonsillitis. Charlie Klingler, a big stick at the top of East’s lineup, fought the flu. Jake Davis, another critical, two-way player, has been out two different times with sickness.

Still, once everyone’s back on the field and in one piece, the young Mustangs might be one of the tougher 3A teams.

“If we’re not in the state playoffs, I’ve done a pretty bad job,” Hightower said. “We’ve got good arms. We’ve got seven or eight guys we can send to the mound and feel pretty good about it. When you’ve got someone like JD Basinger to pitch non-conference games, to spot start, or to pitch middle relief, you have to like your staff.”

Hightower believes the Mustangs will have sound defense behind the hurlers, with shortstop Wagner serving as the anchor. When Wagner goes to the mound late in games, Padgett can play shortstop.

White, Hunter, Padgett and Moore can handle second and third base. Senior Avery Shull will be at first base. Klingler has played some outfield, but catcher is his best position, and that’s where he’ll be this year. Davis will be the center fielder. Once he’s healthy, Mize, who could miss a period of three to four weeks, will play right field. Transfer Garrett Jacobs and freshman Griffin Ward will handle left field.

“We’ve actually swung it better than we’ve pitched it to this point, and that has surprised me,” Hightower said. “We had an intra-squad game that was 11-10 and we scored nine or 10 runs in our scrimmage game.”

East could start slow with Mize out, but look for the Mustangs to pick up momentum as the season goes along. East should have the pitching to have a chance in every game it plays.

East hasn’t won a conference title or 20 games since 2014, but those are realistic goals for this team.

“We’ve had some great players the last few years (Ike Freeman, John Owen, Setzer), but we haven’t been been deep enough,” Hightower said. “We haven’t been an elite team in a while, but we’ve got a chance to get back to that level this year. And we should be very good for the next four or five.”