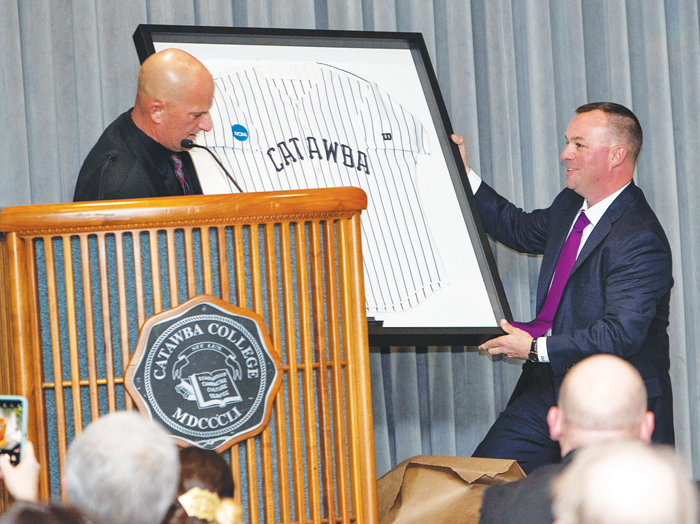 Former Catawba player Dennis Love was the keynote speaker. After leaving Catawba, Love went to Clemson University as an assistant strength coach for 11 years, then joined the Denver Broncos organization that won a Super Bowl championship.

After his playing days at Catawba, Jordan was an assistant coach for the team before joining the staff of head baseball coach Chris Pollard at Appalachian State University, where Jordan coached for six years.

Jordan went on to Duke University in 2012 as the program’s recruiting coordinator and was promoted to associate head coach in July 2015. He also works with Duke’s catchers and outfielders and teaches hitting and base running.

Duke put together one of the most successful seasons in program history in 2018, recording its first 40-win season and also earning a school-record 18 Atlantic Coast Conference wins and advancing to the first NCAA Super Regional in its history.

Doug Rice of Salisbury, president and general manager of Performance Racing Network, was the night’s emcee.

Shari Graham and Hen Henderlite helped in organizing and decorating.