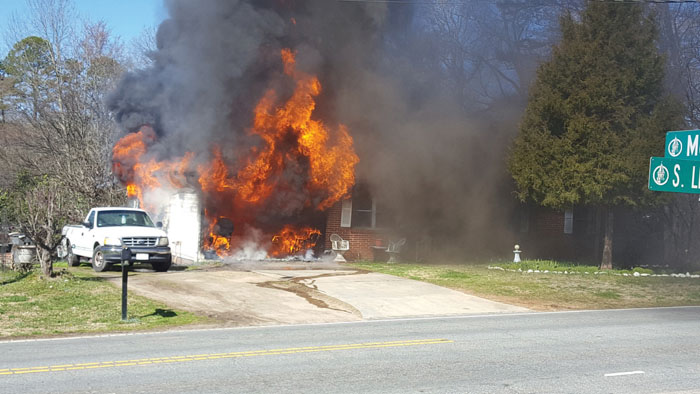 KANNAPOLIS — A house on South Little Texas Road was destroyed by fire about 11 a.m. Monday. Two people at the home escaped without injury.

The Kannapolis Fire Department responded to a 911 call just after 11 a.m. When firefighters arrived at the house in the 100 block of South Little Texas Road, they found it engulfed in flames.

Firefighters could not save the home, but despite strong winds in the area they were able to prevent it from spreading to other properties in the neighborhood.

The two people at the home are being helped by the American Red Cross.

Assisting with the fire were the Concord and Landis fire departments, Cabarrus EMS and Kannapolis Police Department.