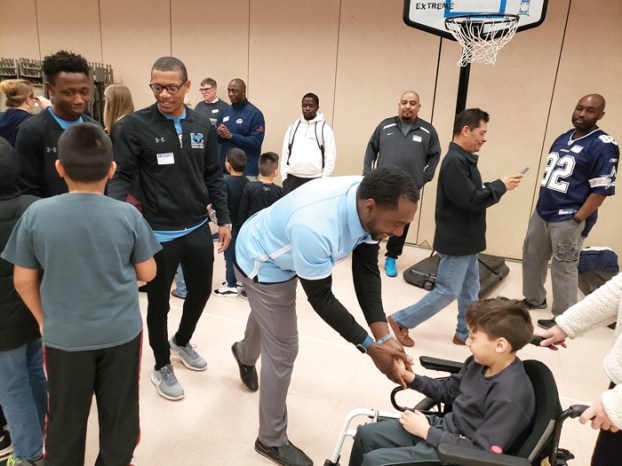 1. The Rowan County Board of Commissioners has committed $10,000 toward an 8-foot-tall, 20-foot-wide granite monument proposed for the Salisbury City Park area at West Miller and North Jackson streets. Who or what would it recognize?
A. Men from Rowan County who were killed in Vietnam
B. Civil rights efforts in Rowan County from the 1960s
C. President Andrew Jackson, who practiced law in Salisbury as a young man
D. The original location of Rowan County’s Veterans Hospital after the Civil War

2. Pfeiffer University has announced that its president, Colleen Perry Keith, will leave the school effective May 31 to take a job as president of Goldey-Beacom College. Where is Goldey-Beacom located?
A. Colorado
B. Maine
C. Iowa
D. Delaware

3. Salisbury Mayor Pro Tem David Post is among the organizers of a March 15 summit, closed to the public, that has invited close to 150 people of varying backgrounds. What’s the summit’s main goal?
A. To lay out a better strategy to address vacant properties in the city
B. To seek input on the planned downtown park, Bell Tower Green
C. To solicit economic development ideas for the city
D. To ask how the city could make better use of its fiber-optic cable system

5. Bobbie Beam and Ed Tyson, both of Kannapolis, recently celebrated the anniversary of something they did 10 years ago. What?
A. They were the first two people who signed up for the MURDOCK Study, which is longitudinal medical research into many health issues.
B. Tyson gave Beam one of his kidneys.
C. They sang together as part of a choral group at the Metropolitan Opera in New York, and they have gone back once a year since.
D. Ten years ago, Beam administered CPR to Tyson at a Kannapolis restaurant and is credited with saving his life.

6. The Green Book, which was published between 1936 and 1966, provided black motorists with suggestions for safe places to patronize in the age of segregation. Over the years, at least two Salisbury businesses were recommended in the Green Book. Which ones?
A. Dalton’s Lunch and Safety Taxi
B. Gerock’s Grocery and Red Pig BBQ
C. Bill’s Bakery and Al’s Night Hawk
D. T&F Barbecue and Happy Traveler Inn

8. Hurley Elementary School has created a men’s group whose core mission is to inspire boys to develop greater expectations for themselves and those around them. What is this group called?
A. Men in Black
B. Male Men
C. Guys in Ties
D. Buddy System

10. Dr. Mary A. Love, an adjunct professor at Hood Theological Seminary in Salisbury, uses her collection of what as a way to educate people about African-American history and culture?
A. Coins
B. Baseball cards
C. Stamps
D. Quilts

SALISBURY — When you have a stamp collection like Dr. Mary A. Love’s, you might lean toward keeping it tucked... read more