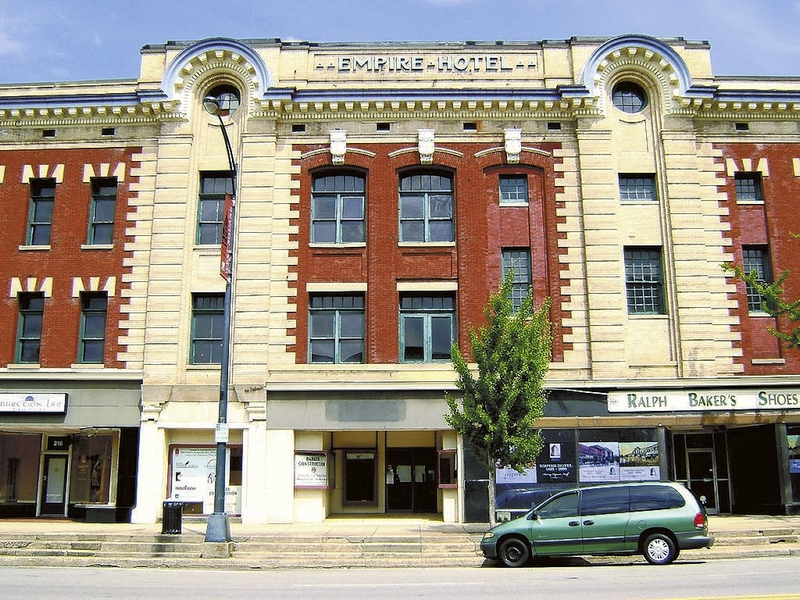 There’s a reason why, as F&M’s Bank’s Steve Fisher noted, the room was packed with people Thursday when the Empire Hotel was the topic of conversation for the Rowan County Chamber of Commerce’s Power in Partnership Breakfast.

“This is as packed as I’ve seen this room in a while,” Fisher said. “What that tells you is the excitement the community has for this project.”

The Empire Hotel’s redevelopment into apartments is likely to be one of the most transformational projects for downtown Salisbury in years. With one- and two-bedroom units, the project could add dozens of residents to our downtown area. That will boost regular foot traffic into shops and restaurants. And it’s likely that spending at shops and restaurants will increase along with the foot traffic, too.

So, we were encouraged to hear Thursday that developer Britt Weaver is committed to seeing the project through despite recent challenges, which include the delayed approval of a lease and the recent government shutdown. No doubt adding to challenges is that the improved economy has allowed contractors to increase prices for their services.

Another challenge will be deciding prices charged to future tenants. Too-high prices pose the potential to leave units empty. Not charging enough means Weaver, of Black Point Investments, will not recoup his investment.

Working in Weaver’s favor is that a large downtown park — Bell Tower Green — will be built just a couple blocks away. It’ll be the home of concerts, events or just a nice afternoon in downtown Salisbury. A short walk away will be shops and restaurants. And downtown already has a good variety. It’s understood that the price to live downtown will be higher, but the ability to live in a newly renovated, historic building with a short walk to some of Salisbury’s best events in a new, downtown park as well as shops and restaurants sounds enticing to us.

Through the Empire Hotel’s redevelopment, creation of Bell Tower Green park and some help from other private developers, Salisbury, just like Kannapolis, has the opportunity to kick-start downtown redevelopment.

Salisbury city government can do its part to encourage additional private development — building owners in downtown fixing up buildings or for business owners moving into vacant storefronts — through its existing grant opportunities and leveraging assets such as Fibrant, now called Hotwire.

It’s an exciting time for downtown Salisbury and the Empire Hotel is a major part of that.