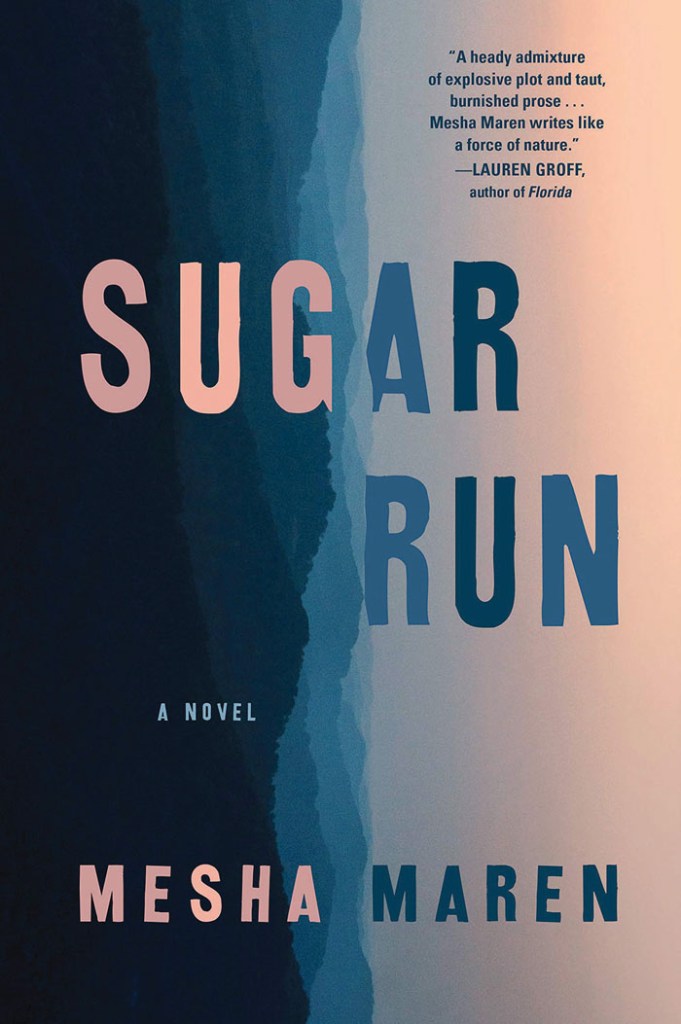 Jodi, fresh from prison, has an 18-year-old dream, and she approaches it as any 17-year-old would — with hope and fear and uncertainty.

But Jodi is 35 now, and she’s forgotten how the world works, especially for people who are down and out. No one’s going to give her a hand, not even, especially not even, her family.

Jodi is gay, though not ready to say it out loud to anyone. She’s been in trouble since she was a teen, with drugs, alcohol, robbery and toxic relationships.

Her parents are still around, though her father exists on beer and cigarettes and her mother is just bitter. Her brothers are busy with illegal activities — anything to make a little money.

And the land she so desperately wants to support her is fraught with troubles, fracking being the most dangerous.

While in prison, she dreams of rescuing her former lover’s brother, but does not think about the fact he’s a full-grown man now.

She tries to rescue a fragile young woman and her three kids, too. Kids who desperately need parenting. Poor Jodi can’t and won’t get a break.

Author Mesha Maren keeps Jodi hopeful, creating scenarios in which she succeeds and survives, but the reality she must deal with is not just sad, but dim.

Jodi comes across as a sweet kid full of love, looking for the right person to share it with, in the right place. She does not behave as a 35-year-old ex con, but then no one around her behaves normally — their normal is delusional, illegal, dangerous or dead-ended.

Jodi’s so raw. The alcohol and pills take her away briefly, but never solve anything, never bring her a flash of insight or brilliance.

It doesn’t help that Ricky, the boy grown up, is now a 27- year-old man with the brain of a child. It doesn’t help that Jodi is trying to save blonde, beautiful, fragile Miranda, and her three little boys who she has whisked away from the child’s father, a fading singer.

Maren tells the story in chapters alternating in time, from the present, which is 2007, and the past that landed Jodi in jail in 1989.

Sympathy for Jodi builds just as Maren begins to peel away the layers of the story that earned her 18 years in prison.

Their world is dark and sad. Jodi is in lust with Paula, maybe in love, but Paula holds something back from Jodi, instead spreading her affection around to get what she needs.

When Jodi meets Miranda 18 years later, it’s almost the same thing —lust, fascination, a  need for love. Miranda is lost, too, a mother at 17, married to the washed up singer, unsure of who or what she is. The pills make the pain go away, turn the world bright colors, make her laugh.

But she can do better, and she will, she swears, once they all settle down in a place far away from earlier failures.

The heat is relentless and the accommodations are rugged. Food and money, cigarettes and booze are all scarce, and neither woman knows much about raising children.

There are no jobs, no electricity, only a pump for water, and a patch of mountain land that belongs to someone else and is being threatened by huge fracking operations all around, operations that don’t just destroy the land but poison the water.

The help Jodi gets is not the help she needs — in fact the help from her brother Dennis just brings on more danger, more opportunities for hurt.

“She had managed, for a little while, to ignore the tenuousness of the land and the boys, custody, but now that she was tangled in with Dennis, and all his problems, she could feel the instability in the very air around them, the fragility of the life they were trying to build.”

Jodi can’t get a job because she’s never had a job, and she’s an ex-con. She doesn’t like it when Miranda gets work at the lowliest (only) bar around, a place where the fracking crews hang out. She’s so jealous of Miranda’s time.

Then we see what role jealousy played in her previous life. Maren brings more jealousy and danger into the present, and all the people tied to Jodi become suspects in the ruin of her life.

Jodi is still a child in need of comfort and care; she’s giving it to others to try to reap some back. She’s sympathetic and pathetic. The people she cares for are beyond the redemption she’s offering.

When “Sugar Run” reaches its climax, the reader will be on edge. What could the future possibly hold? Is anyone redeemed?

Maren’s skillful writing will draw the reader into a new way of thinking, of looking at others around us.

Maren grew up in a house with no running water, and she has returned to that land, where she feels at home.

Let us hope that she will keep exploring places and people we do not know.