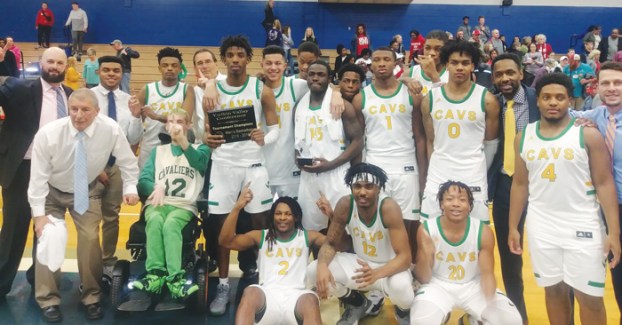 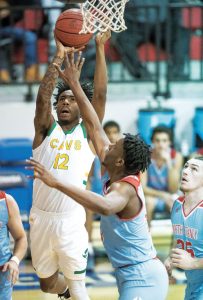 Coach Jason Causby’s top-seeded Cavaliers rallied to beat second-seeded South Stanly for the third time this season. The Cavaliers prevailed, 66-65. Two of the games with the Bulls (17-10) have been tight.

Senior forward Dayjuwon Cooke made a late free throw for a four-point lead to seal victory before South Stanly’s Justin Gaddy threw in a half-court shot at the horn to cut the final margin to a single point. That free throw gave Cooke exactly 1,000 career points.

“As this point of the season, you’d much rather learn from winning than from losing, and I think these two close games were the best thing that could’ve happened to us,” Causby said.  “These two games were great preparation for the state playoffs.”

North (24-2) has won 17 straight games since losing twice in the Christmas tournament at Catawba.

“South Stanly knows everything about us, so when you’re playing a team for the third time, it’s really a chess match,” Causby said. “We make a move and they counter. They change something up and we counter.”

North struggled for a while and fell behind by eight points in the second quarter.

“We used a timeout with about two minutes left in the first half and just tried to calm everyone down,” Causby said. “Up to that point, South Stanly had really outplayed us and out-efforted us. They were the team diving on the floor and getting the loose balls and they were the team getting the tough rebounds and the put-backs.”

North started playing harder and got back within 30-26 by halftime. North has some momentum.

North changed up its offense in the third quarter against South Stanly’s zone. North had been settling for outside shots, but Cooke and Goodlett were able to attack more. Cooke got to the foul line some. Derrick Page scored all seven of his points in that quarter. North took the lead.

North used a variety of defenses in the fourth quarter. What worked best was a three-quarter court press, and then dropping back into a zone if South Stanly handled the press.

“South Stanly shoots the ball really well, so it sounds crazy to play zone against them, but they also have two kids (Jacquez Cooke and Jacorian Legrand) who are good with the ball and can drive it,” Causby said. “Our zone slowed them down enough for us to extend our lead.”

Gaddy scored 20 for the Bulls.

North might have won with more comfort but missed some free throws. Cooke, David Broaddus and Zay Davis made enough to hold off the Bulls.

Pairings and seeds for the 1A playoffs will be released by the NCHSAA today. North can expect several home games as one of the top seeds.