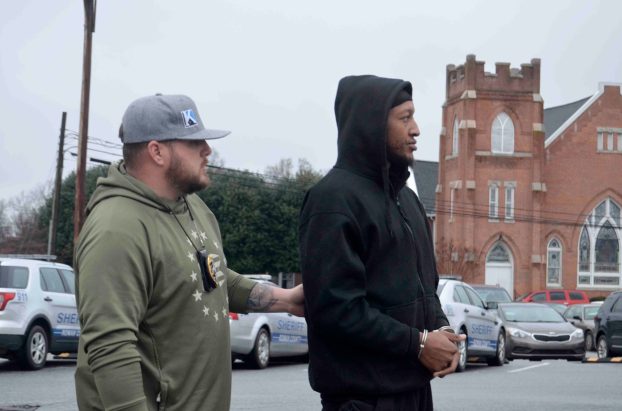 CHINA GROVE — The U.S. Marshals Service on Friday arrested a man wanted in a Feb. 3 shooting in China Grove.

The China Grove Police Department charged Aaron Dominique Wilks, 31, with assault with a deadly weapon with intent to kill inflicting serious injury and possession of a firearm by a felon. He was issued a $250,000 secured bond.

At 9:22 p.m. Feb. 3, China Grove police officers and deputies from the Rowan County Sheriff’s Office went to 631 Harry St., China Grove, after a shooting was reported. Derrick Alexander, 34, of Salisbury, had injuries that were not life-threatening. He was taken to the hospital and treated.

Witnesses told police that a dark-colored sport utility vehicle was seen leaving the area after the shots were fired.

Police Chief Andrew Deal said his agency appreciates the assistance of neighboring agencies and the Marshals Service for helping arrest a violent criminal.

SALISBURY — In less than a month, Salisbury will host this year’s North Carolina Main Street Conference. On March 12-14,... read more