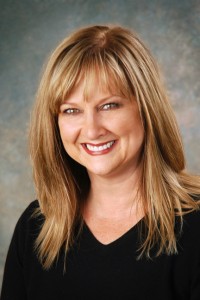 From my home on California’s Monterey Peninsula, there is no easy way to get anywhere.

To go north, for instance, to San Francisco, you take Hwy. 1, also known as the Old Coast Highway, and proceed to 101, also known as the Freeway to Make You Lose Your Religion. Most of that route is a multi-lane road, which depending on weather and traffic, can either take you where you’re going or drive you out of your mind. Sometimes it does both.

In the South, where I grew up, such roads are called cow trails because they’re frequented by tractors and other slow-moving vehicles that trot along, nose to tail, at bovine speed; and also because if you get on such a road, you’ll be on it until the cows come home.

In some ways, roads are like people; they have personalities that are shaped by how we see them and feel about them.

I discovered that when my first husband was diagnosed with cancer and we began what would be a four-year pilgrimage to Stanford Medical Center for treatment — surgeries, radiation, chemotherapy, countless appointments and more than a few emergencies. It was 91 miles — two hours, give or take — and I hated every inch of it, especially, that two-lane bottleneck. I drove it so often I knew it by heart and hated it more with each drive.

Then they began construction. I did everything I could to avoid it. I begged to get appointments at off-peak times, only to end up stuck in rush-hour traffic going home. I spent hours poring over maps and drove miles out of the way trying to get around it, only to realize it really didn’t matter; there was no getting around it.

I had no choice but to drive it. But that didn’t mean I had to like it. I’d clench my teeth, grip the wheel and feel my stomach churn. Once, when running late for an appointment, I muttered, “I hate this stupid road.”

I didn’t think my husband could hear me. Morphine is great for pain, but it doesn’t do much for conversation.

I looked over. His eyes were closed. “What did you say?”

“This part of the road,” he said, using his teaching voice, as if lecturing his high school physics students. “It’s only four miles long. That’s easy. You can do anything for four miles.”

I clocked it. He was right. Four miles exactly. I’d have sworn it was 20. And then a strange thing happened. Somehow, that drive got easier. I don’t mean it seemed easier; I mean it was. Four miles was not just doable; it was entirely understandable. Four miles was the distance we’d walk from our house to the beach and back. It was half the length of a trail he loved to hike in Yosemite with a baby on his back. It was four times as long as a walk to the park with our kids; and a mere fraction of the 26 miles he once ran in the Big Sur Marathon.

Four miles was nothing.

So I stopped complaining and started looking to see what I could see. Suddenly, there were acres of artichoke fields. An old barn reflected on a mirror-like pond. Roadside stalls selling strawberries and flowers. And a white horse standing guard on a hill. Those things were there all along, probably. I just never noticed them. But I notice them now, every chance I get. I see new things everywhere I go.

Sometimes, when the road ahead seems longer and harder than I want it to be, I break it up in pieces. I divide it into four-mile stretches and take them one at a time.

But you can do anything for four miles.

Sharon Randall can be reached at P.O. Box 416, Pacific Grove CA 93950 or on her website: www.sharonrandall.com.

… On social media, Ford ignores facts I was blocked as well when I added that I hoped that, although... read more