Quotes of the Week: ‘He wanted this day’ 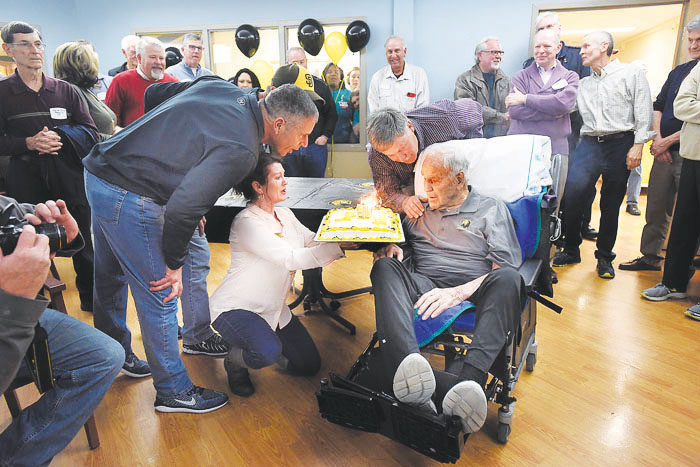 Coach Joe Ferebee gets a little help blowing out the candles on his 100th birthday cake. Wayne Hinshaw/file photo for the Salisbury Post

Bob Gulledge, who played baseball at Pfeiffer University and last weekend organized a 100th birthday celebration for Joe Ferebee, a longtime coach at Pfeiffer and Boyden High School and for American Legion baseball

Leon Smith, a basketball player who was in one of Joe Ferebee’s P.E. classes at Pfeiffer in the late 1950s

“We have a teaching time and a question-and-answer time. If you want to ask, that’s the way you learn.”

The Rev. Jerry Snipes of Resurrection Life Church, which will celebrate its first homecoming this Sunday 18 years after its founding and after recently moving into a new home on Newsome Road

“I shouldn’t learn about this from a newspaper reporter.”

David Post, Salisbury’s mayor pro tem, who says the City Council was not consulted by Mayor Al Heggins before she released a statement last weekend criticizing recent immigration raids by a federal agency across the state

“I’m just glad we got our mojo back and got our flow together.”

“I thought what he was doing was illegal. And I was right.”

John Harris, the son of Republican candidate Mark Harris in the 9th Congressional District, testifying at a state elections board hearing about voting
irregularities attributed to a campaign operative his father’s campaign hired, a day before the board ordered a new election