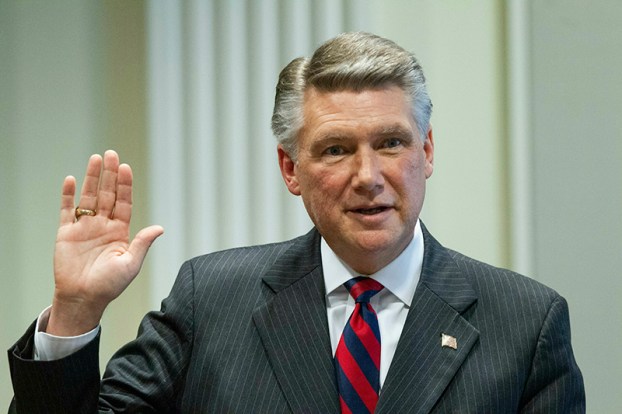 RALEIGH — The state elections board on Thursday ordered a new election in the 9th Congressional District after Republican candidate Mark Harris conceded his lead is tainted by evidence of ballot-tampering by political operatives working for him.

The board voted 5-0 in favor of a do-over in the mostly rural district but did not immediately set a date.

In moving to order a new election, board Chairman Bob Cordle cited “the corruption, the absolute mess with the absentee ballots.”

The action came after Harris, in a surprising turn, dropped his bid to be declared the winner and instead called for a new election. He reversed course on the fourth day of a board hearing at which investigators and witnesses detailed evidence of ballot fraud by operatives on his payroll.

“Through the testimony I’ve listened to over the past three days, I believe a new election should be called,” Harris said. “It’s become clear to me that the public’s confidence in the 9th District seat general election has been undermined to an extent that a new election is warranted.”

At the same time, Harris denied any knowledge of the illegal practices allegedly used by those working on his behalf.

Harris left the hearing room without answering questions. It was not immediately clear whether he intends to run in a new election.

The Democrat in the race, Dan McCready, hailed the board decision as “a great step forward for democracy in North Carolina.”

The decision could leave the congressional seat empty for months, perhaps until the fall, board attorney Josh Lawson said. New primaries will be held in addition to a new general election, with the dates set by the elections board.

Harris’ reversal and the board’s subsequent decision averted the possibility of a drawn-out court battle, had either candidate disagreed with the outcome of the hearing. The move also spared the new Democratic leadership of the House from having to intervene under its constitutional power to decide who can be seated as a member.

Harris led McCready by 905 votes out of about 280,000 cast last fall in a district that includes part of Charlotte and extends eastward through several southeastern counties. But the state refused to certify the outcome as allegations surfaced that Harris political operative Leslie McCrae Dowless of Bladen County may have tampered with mail-in absentee ballots.

According to testimony and other findings detailed at the hearing, Dowless conducted an illegal “ballot harvesting” operation. He and his assistants gathered up absentee ballots from voters by offering to put them in the mail.

Dowless’ workers in rural Bladen County testified that they were directed to collect blank or incomplete ballots, forge signatures on them and even fill in votes for local candidates.

It is generally against state law for anyone other than the voter or a family member to handle someone’s completed ballot.

No criminal charges have been filed in the case.

Harris, the former pastor of a Baptist church, testified Thursday that Dowless had assured him that he wouldn’t collect absentee ballots in violation of state law.

“I’ll never forget. He said it again and again. He said, ‘We do not take the ballot,'” the candidate testified.

Harris also insisted: “Neither I nor any of the leadership of my campaign were aware of or condoned the improper activities that have been testified to in this hearing.”

Harris admitted hiring Dowless over his own son’s warnings. While Dowless was known for getting results, he went to prison in the 1990s for fraud and was dogged by suspicions of political chicanery in his get-out-the-vote efforts in 2016.

Harris appeared to tear up Wednesday when his son testified that he warned his father not to do business with Dowless.

The congressional seat has been in Republican hands since 1963. Harris defeated incumbent Rep. Robert Pittenger in last year’s Republican primary.

The Board of Elections is made up of three Democrats and two Republicans.