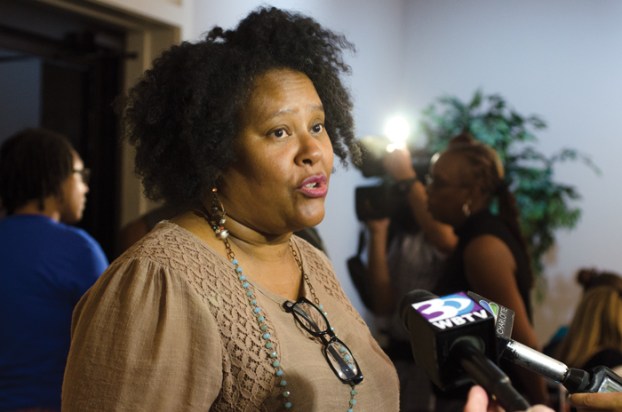 It was reported last week that Mayor Al Heggins released a statement condemning raids made across the country by ICE (Immigration and Customs Enforcement).

Mayor Heggins was quoted saying “Presently, I have not been informed of or know about any raids that have taken place here in Rowan County or in Salisbury.” She also stated “My message to our immigrant residents is this: you live in a City that respects and values your contributions to our community.” She said, “Recently, N.C. mayors from Durham, Ashville, Greensboro, Fayetteville, Burlington, Chapel Hill and Carrboro issued a letter stating their opposition to the ICE raids that have swept through NC and called on ICE officials to cease these raids because it is detrimental to the welcoming, stable, loving communities that we work everyday to build.”

“I, too, stand with these mayors.” she said.

On that same day Mayor Al Heggins released her statement, Pastor Anthony Smith posted on his Facebook asking “Has ICE been on the move in Salisbury-Rowan?”

He received a number of responses with reports of suspected ICE activity. He commented that “we need to create or expand an allies network around this.”

On a later post, Smith said, “For those that desire to be an ally for our immigrant brothers and sisters in Salisbury-Rowan.” He included in that post a copy of a pamphlet titled “How to be an ally when ICE is terrorizing your community.”

My question is whether Heggins next proclamation is to make Salisbury a sanctuary city? Is Anthony Smith running interference for illegal aliens to hide and/or protect them from ICE?

The same day that Heggins made her most recent proclamation and when Smith worked to run interference against ICE, six illegal immigrants including a high-level member of a vicious Mexican cartel were arrested in Iredell County for running a major drug trafficking operation.

It’s no secret that the Rowan-Salisbury School System and county commissioners have, at times, maintained a tense relationship over funding... read more