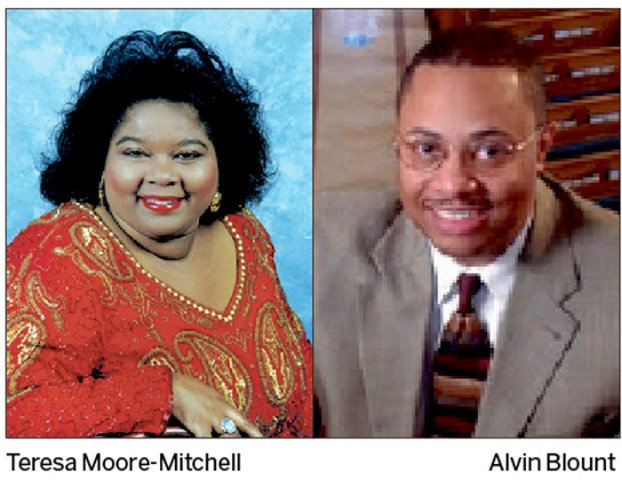 FirstARTS at First United Methodist Church continues its 11th season of concerts on Friday at 7:30 p.m.

FirstARTS at First United Methodist Church continues its 11th season of concerts on Friday at 7:30 p.m. with a performance of organ masterworks and spirituals featuring organist Alvin Blount and soprano Teresa Moore-Mitchell. Their performance will feature music of Vincent Lübeck, Sigfrid Karg-Elert, J.S. Bach, and spiritual arrangements by Calvin Taylor and Richard Elliott.

A native of Augusta, Blount currently serves as the organist and choirmaster at Episcopal Church of the Ascension, Cartersville, Ga., and organist for the Sunday evening Eucharist at Holy Innocents’ Episcopal Church, Atlanta. He was Director of Music and Worship at St. Mary on the Hill Catholic Church, Augusta, 1995-2017. It was during this time that he produced four recordings of the Parish and Contemporary Choirs of St. Mary’s and directed them on tours to cathedrals of Ireland and Italy, where they had the opportunity to sing in St. Peter’s Basilica on the Feast of Christ the King, celebrated by Pope John Paul II in 1999. An active recitalist, he has performed throughout the Southeast in such venues as Cathedral of St. Philip, Atlanta; Cherry Blossom Festival, Macon, GA; Concerts with a Cause, Augusta; and also National City Christian Church, Washington, DC; and Saint Thomas Church Fifth Avenue, New York.

Teresa Moore-Mitchell is Professor of Voice at Livingstone College. Her varied repertoire includes contemporary art songs, operatic arias and Negro spirituals. She has performed throughout the USA, the Greek Islands, Germany, France, Austria and Italy. As an Opera Aegean Touring Artist, Mrs. Moore-Mitchell completed an opera tour of Athens, Greece and the Greek Islands of Paros, Andros, Patros, Samos, Cyros and Mykonos. She has performed three times at Carnegie Hall in New York. Her Lincoln Center debut was the premiere of the Greek Oratorio “Alexander the Great” with the composer, Nikos Astrinidis. Theatrical performances include performing for Dr. Maya Angelou’s opening of “And Still I Rise” and the role of “Marian Anderson” for the Mahalia: Queen of Gospel show during the National Black Theatre Festival.

FirstARTS concerts are free and open to all. First United Methodist Church is located at 217 S. Church St. For more information call 704-636-3121 or visit www.fumcsalisbury.org/

‘Rowan County through the Eyes of Children’ at Waterworks

Submitted Feb. 9-March 30 In honor of the “49 Days of Gratitude” celebration of thanks, the Liberty Street Window Gallery... read more