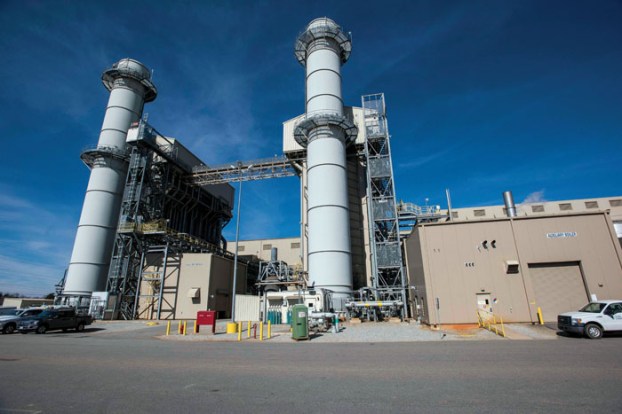 But while customers shouldn’t notice a difference, the plant next month will undergo its first major maintenance project since electricity began flowing.

For competitive reasons, Duke Energy wouldn’t say exactly when the maintenance project will start, but station manager Henry Botkins says he expects a few hundred people to converge on the plant for up to two months. That’s compared to the roughly 40 people the plant employs full time.

“It’s going to be the plant’s first major outage,” Botkins said, adding that major maintenance like the upcoming project occurs roughly every seven or eight years.

Botkins said incoming workers will replace parts and and examine the plant’s massive gas turbines and generators, which may require physically climbing inside. He said maintenance is scheduled in spring or fall because that’s typically when demand for electricity dips.

Asked Wednesday, Rowan County Commissioners Chairman Greg Edds said he was aware of the coming maintenance and that it would be beneficial for the local economy.

“The tourism authority has been working to get more and more hotels, and this is part of the reason why,” Edds said. “We can house people for things like this, whether it’s a big maintenance item or a corporate function. With this, we’ll see an uptick in rooms rented, and restaurants ought to see an uptick in customers.”

During the Buck Combined Cycle Station’s outage, Botkins said, neither the roughly 64,000 Duke Energy customers in Rowan County nor those nearby will see an interruption in service or, really, any difference at all. The time between flipping a switch and light filling a room won’t be any longer. Air conditioners and heaters will power up as usual. Power lines won’t struggle to maintain enough electricity to fill the demand from local homes and business, he said.

To make up for the Buck Combined Cycle Station’s outage and keep electricity flowing, Duke Energy could increase output at its other plants in North Carolina or purchase power from facilities not owned by Duke. Southern Co.’s Plant Rowan — between Cleveland and Salisbury — is one such example. It has a capacity of more than 900 megawatts and is a natural-gas fueled plant, according to the company’s website.

Buck Combined Cycle Station can produce a maximum of 668 megawatts per hour, Botkins said. And because 1 megawatt is enough for roughly 800 homes, Botkins said, the plant can provide enough electricity for between 500,000 and 600,000 homes. Days when it’s cold outside are better for power generation than warm, summer days, he said.

It’s estimated the plant can go from a shutdown to full capacity in four hours.

Hot exhaust gas from the combustion process is routed into steam generators. The exhaust gas turns water to steam, which turns another turbine to create additional electricity.

SALISBURY — The Salisbury City Council on Tuesday agreed to grant a special use permit for a downtown craft beer bottle... read more