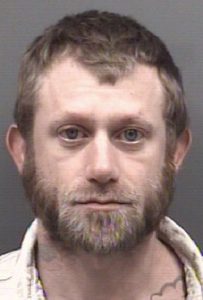 ROCKWELL — A man was charged with possession of methamphetamine after a Rockwell police officer stopped a Honda Civic on Saturday at the Kangaroo gas station.

Rowan County is under a winter weather advisory from 6 p.m. tonight to 4 p.m. Wednesday. Freezing rain and sleet... read more