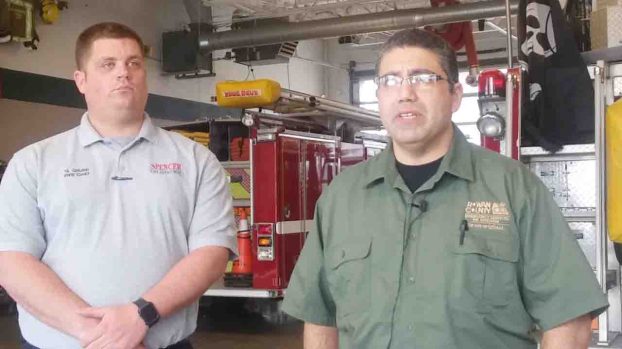 Laurel to the many first responders, volunteers and search and rescue teams that converged on Spencer this week to help search for Rick Travis, who has been missing since Monday afternoon.

It wasn’t just nearby counties such as Davidson or Davie, either. Spencer Police Chief Mike James said Thursday that personnel “from the mountains to the coast” had stepped forward to help in the search.

Search and rescue crews continued their work — using any means at their disposal, from dogs to drones, to look for Travis — until Saturday. The case has now been turned over to Spencer police. Search efforts for Travis wrapped up Saturday after Travis was not found.

It’s our hope that the investigation by Spencer police will bear fruit and that Travis will return home safely.

The city of Salisbury’s historic commission gave its approval to the park Thursday. Construction, delayed frequently by wet weather, is expected to begin this spring. The sooner construction can get started, the better, because the park will transform the atmosphere of downtown Salisbury.

Some may quibble with the loss of parking, but a central-park-type facility for our city will be a valuable resource, and walking a block or two to shops or restaurants is not a significant burden.

Think about enjoying Pops at the Post from the grassy field of Bell Tower Green or doing the same during a summer concert series.

Construction will make a mess of the existing parking lots, but the end product will be worth the wait as well as any inconveniences.

Dart to unilateral action instead of compromise.

President Donald Trump on Friday announced he would declare a national emergency to secure funding for the border wall he promised on the campaign trail. Only, now, it’s looking less like the concrete barrier he promised and more like a fence.

Congress passed and Trump signed a spending bill including $1.4 billion of the $5.7 billion he had demanded. To bridge the gap, Trump plans to combine money approved by Congress with other funding through executive action, potentially including military construction money.

Sen. Thom Tillis, a Republican from North Carolina, said it best in a statement about Trump’s action.

“It wouldn’t provide enough funding to adequately secure our borders, it would likely get tied up in litigation, and most concerning is that it would create a new precedent that a left-wing president would undoubtedly utilize to implement their radical policy agenda while bypassing the authority of Congress,” Tillis said.

“There is more to do, but if I focused on the negative, I wouldn’t be able to move forward.” Sharon... read more