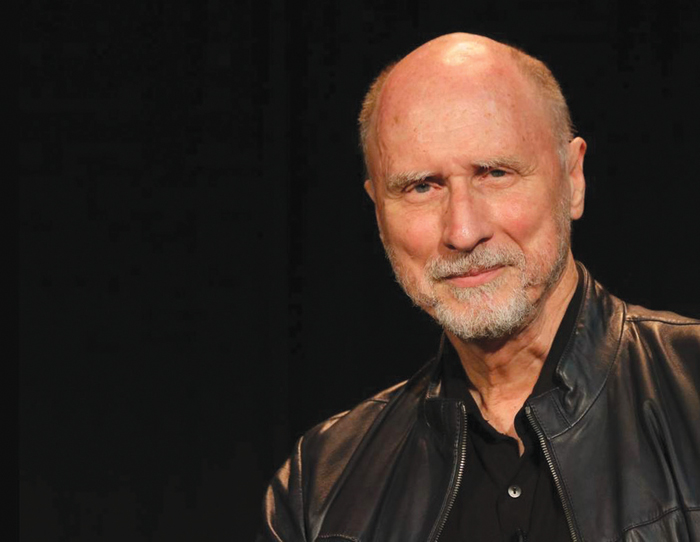 Submitted photo Author Robert Olen Butler will be the guest at the Brady Author's Symposium at Catawba College March 14.

The event is scheduled in the Robertson College-Community Center on Catawba’s campus. Tickets for the symposium, followed by a question and answer period, a seated luncheon, and book signing are available at www.catawba.edu/authorsymposium or by contacting Catawba Public Relations Office at 704-637-4393.

Butler won the Pulitzer Prize for fiction in 1993 for his story collection, “A Good Scent from a Strange Mountain.” Every story in this collection is narrated by a different Vietnamese immigrant living in Louisiana, and many of the stories deal with the cultural differences between Vietnam and the United States. Butler learned to speak Vietnamese while serving as a counter-intelligence special agent for the U.S. Army in Vietnam from 1969-1971.

His writing career, however, has been varied in subject matter and style. Butler’s stories have appeared in publications including The New Yorker, Esquire, Harper’s, The Atlantic Monthly, GQ, Zoetrope, The Paris Review, Granta, The Hudson Review, The Virginia Quarterly Review, Ploughshares and The Sewanee Review. He has written and developed screenplays for directors and actors like Oliver Stone and Robert Redford.

Butler, who had early training as an actor, has recorded the audio books for several of his works, including “A Good Scent from a Strange Mountain,” “Hell,” “A Small Hotel” and “Perfume River.”

He received the F. Scott Fitzgerald Award for Outstanding Achievement in American Literature in 2013, and has also won the Richard and Hinda Rosenthal Foundation Award from the American Academy of Arts and Letters. A finalist for the PEN/Faulkner Award, he has twice won a National Magazine Award in Fiction and has received two Pushcart Prizes. He has also received both a Guggenheim Fellowship in fiction and a National Endowment for the Arts grant.

Butler is a Francis Eppes Distinguished Professor holding the Michael Shaara Chair in Creative Writing at Florida State University. He lives in Florida, with his wife, the poet Kelly Lee Butler.

Catawba College Associate Provost and Associate Professor of English Dr. Forrest Anderson has a personal connection with Butler and will introduce him and moderate the symposium. Anderson worked for two years as Butler’s personal assistant and archivist. In 2017, the archive Anderson built of Butler’s work was acquired by Yale University’s Beinecke Library.

Anderson, who calls Butler “one of the best walking and talking writers in America,” shared these insights about some of his favorite Butler works:

“Tabloid Dreams” — A collection of short stories based on tabloid headlines, for example, “Jealous Husband Returns in Form of Parrot” and “Woman Loses Cookie Bake-Off, Sets Self on Fire.”

“Severance” — A story collection that depicts the final thoughts of famous and imagined people who have been decapitated. Butler provides us the imagined words of figures such as Medusa, Sir Walter Raleigh, Anne Boleyn, Jayne Mansfield and a chicken beheaded for Sunday dinner.

“Had a Good Time: Stories from American Postcards” — For several years, Butler collected early 20th century postcards, not for the pictures, but for the messages on the back. He uses these brief messages of real people to create fully imagined short stories.

“Countrymen of Bones” — A novel about two scientists involved in secret work: one, digging up the past, the other developing the atomic bomb.

“The Hot Country” — A story set in 1914 during the Mexican Civil War from the perspective of an American newspaper correspondent.

Tickets for the symposium can be ordered online at or through the Catawba College Public Relations Office at 704-637-4393 via contacts Tonia Black-Gold or Maegen Worley. Symposium events include an 11 a.m. moderated symposium at Robertson College-Community Center, followed by a question and answer session ($20), a catered, seated luncheon ($20) in Peeler Crystal Lounge, and book signing in the Lobby of Keppel Auditorium (free). Those purchasing patron tickets (an additional $10) will receive preferential seating at the symposium and a special gift.