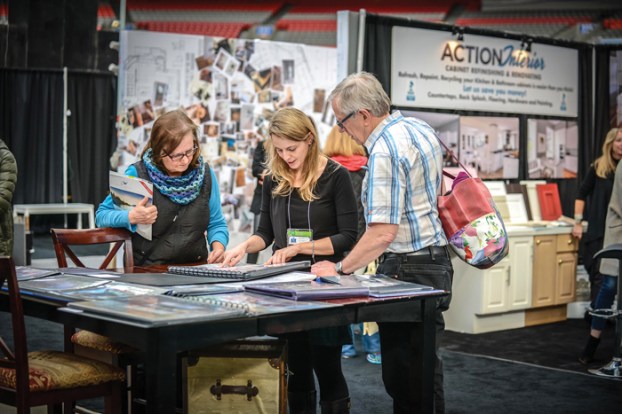 CHARLOTTE — The Southern Spring Home & Garden Show, the largest show of its kind in the South, will return this month to how off the latest trends and products in home improvement, remodeling, outdoor living and gardening.

On-site parking is $8, and a concession area open during show hours will feature a selection of snacks and beverages.

Hosted by Marketplace Events, the show will feature a look that celebrates the best of Southern traditions while introducing new and innovative ideas for indoor and outdoor spaces.

Attendees will mingle with TV celebrities and receive advice on home decorating, renovating, landscaping and more.

At the Main Stage, guests will hear presentations from home and garden experts such as Ty Pennington, the carpenter on the home improvement series “Trading Spaces” and former host of the critically acclaimed ABC reality series “Extreme Makeover: Home Edition”; Matt Fox, who hosted “Room by Room,” the first show to air on HGTV and the longest-running decorating program in television history; Julia Collin Davidson, co-host of the popular cooking show “America’s Test Kitchen” and Laura LeBoutillier of Garden Answer, the hit YouTube gardening vlog.

Pennington, who will appear onstage during the show’s first weekend, first garnered national attention on “Trading Spaces.” As host of “Extreme Makeover: Home Edition,” he helped transform the lives of hundreds while inspiring millions more around the world to volunteer their time to help others. The show was consistently rated among TV’s Top 20 programs and won two Emmy awards.

In 2018, Pennington reunited with the cast of “Trading Spaces” for a new season of episodes on TLC. Instantly, the show became the number one show on the network.

Show visitors will be invited to tour the beautiful Belgard Gardens, which will feature a theme of “Inspired by HGTV.” Each garden will have a photo of its HGTV inspiration displayed out front, and the show will include a Farmhouse Feature Garden inspired by an episode of the popular show “Fixer Upper,” complete with a potting shed, chicken coop and chunnel.

Tickets for adults are $12 at the door and $10 online. Tickets for children 12 and younger are free. Starting Jan. 30, guests may also buy tickets at participating Harris Teeter stores for $8.50 with a VIC card.

Guests can get a sneak peek at the show during a special preview night on Thursday, Feb. 21, from 7 to 9 p.m. The event is sponsored by AAA Carolinas and benefits The Sandbox, a local nonprofit that supports the families of children with cancer, life-altering or terminal illnesses through their healthcare journey. Preview night tickets cost $5 for AAA members and $15 for the general public.

By Laura Allen Rowan County 4-H Agent Now is the perfect time to be planning some additions to your home... read more