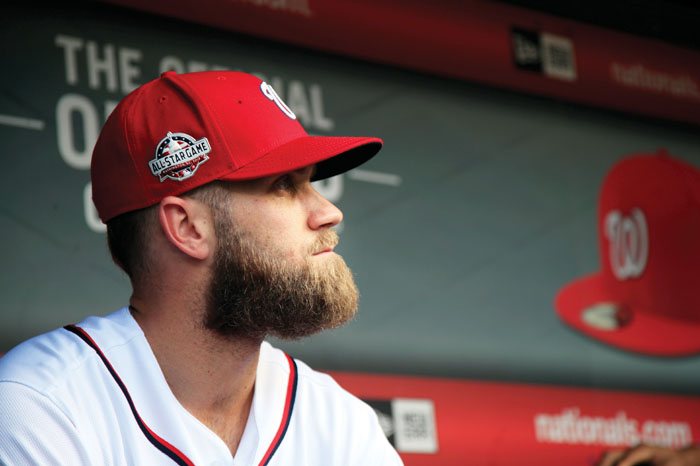 FILE - In this Sept. 26, 2018, file photo, Washington Nationals' Bryce Harper, looks at the baseball field from their dugout before the start of the Nationals last home game of the season against the Miami Marlins in Washington Spring training has started, yet two of baseball's biggest stars, Bryce Harper and Manny Machado, are sitting at home. (AP Photo/Manuel Balce Ceneta, File)