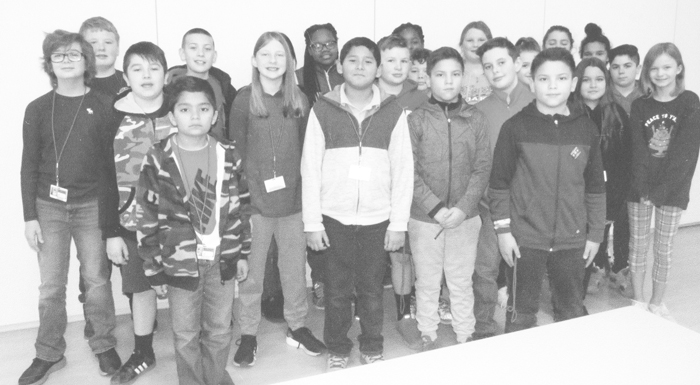 When two elementary schools with long histories and proud traditions merge into a new school, new traditions are established and two distinct personalities that must be married.

Such was the case after Christmas when Cleveland and Woodleaf elementary schools moved from their old buildings into the all-new West Rowan Elementary School.

One of the new traditions would make local veterans proud. Harry Garwood, an Air Force veteran whose grandson attends West Elementary, observed that the newly formed flag detail of five energetic fifth-graders needed a little help with the responsibility.

As a member of American Legion Post 342, he approached fellow Legionnaire Bob Price to see if he could help the school. Price, who is also a member of the Rowan County Veterans Honor Guard, visited the school the next day and met with Principal Kris Wolfe to discuss a training program he would provide to the flag detail.

The next day, 22 students from four classes began five days of training. They learned about flag etiquette, the proper way to fold the Stars and Stripes, the proper way to hold and carry the school’s flags, the order in which the flags are raised and lowered, and how to properly post the American flag at half-staff.

The final lesson dealt with the presentation of the colors: how to march in formation rather than just walking to and from the flagpole.