Search for Travis heads into fourth day, ‘every available asset’ being used 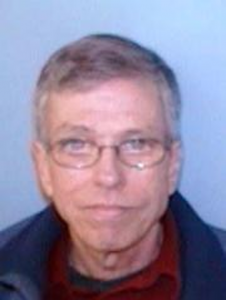 SPENCER — Spencer Police Chief Mike James said Thursday that personnel “from the mountains to the coast” have stepped forward to help in the search for Rick Travis, who has been missing since Monday afternoon.

Travis, former head of the Rowan County Department of Social Services, was last seen leaving his house on Steeplechase Trail for a run about 3 p.m. Monday and has been missing ever since.

Steeplechase Trail is north of Spencer off Sowers Ferry Road.

James said Travis’ wife, Jean McCoy, remains hopeful and “so appreciative” of what everyone is doing to find her husband.

“We can get the resources if we do not have them,” James said, “and we are going to do absolutely everything we can to try to locate him.”

Travis could be cognitively impaired. He is 66 years old, 6 feet tall and 157 pounds. He left his home wearing loose black running pants cut off at the calf. He also had a silver rain jacket, black gloves and dark running shoes.

Travis possibly was wearing a hat. He relies on thick glasses “and can barely see without them,” Rowan County Emergency Services said in an update earlier in the day.

In response to a question, Auten said there is no reason to believe any criminal element was linked to the disappearance of Travis, but he added, “We want to keep all doors open.”

“Massive search efforts have been underway around the clock since Monday evening utilizing crews from multiple regions,” Rowan County Emergency Services said in its news release.

As they have from the beginning, authorities asked for the public’s help and stressed they are in a rescue mode, not a recovery one.

“Don’t assume anything, and if something looks out of the ordinary, call 911 with any information,” Emergency Services said.

A search team looked through the old DSS building on Old West Innes Street, where Travis worked for many years.

“He may have tried to find warmth or shelter on someone’s property in the area,” the Thursday update said. “Being an avid runner, Rick may have traveled a greater distance than we would normally expect from others in the general public.”

The Silver Alert issued for Travis noted he does suffer from dementia.

Landis dumps documents on its website under new ‘transparency’ tab

LANDIS — Hoping to provide answers to its residents, the town of Landis updated its website Tuesday night with a... read more