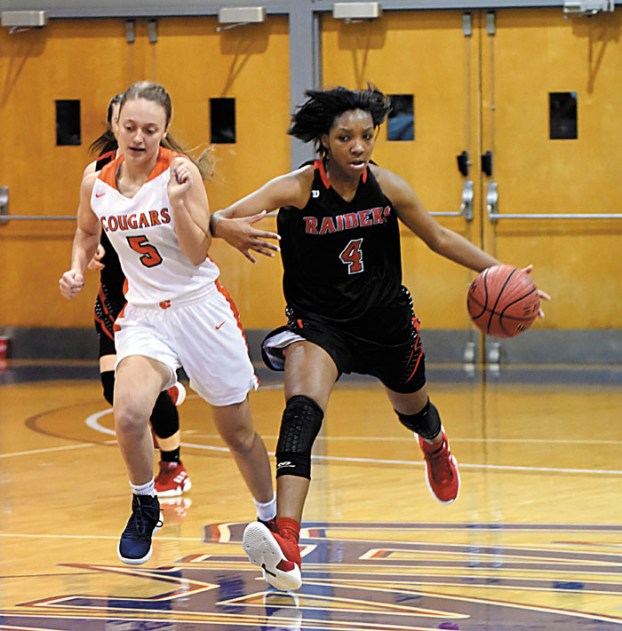 LANDIS — Senior Night for South Rowan’s Janiya Downs wasn’t any different than a lot of other games this season — 42 points and 17 rebounds.

Downs moved into second place all-time in Rowan County scoring with 2,295 points, surpassing North Rowan’s Sophilia Hipps (2,276). Downs has scored 763 as a senior and is averaging 33.2 points per game.

Downs got scoring help from Bethany Rymer (11) and Madison McGuire (9).

“That’s always a key for us,” South coach Stacy Ellis said. “When those two are scoring behind Janiya, we feel like we can play with anyone in the league.”

South (13-10, 12-5) started slowly against one of the Central Carolina Conference’s weaker clubs.

“Our younger crew got us going when we sat Janiya down for a little bit with some foul trouble,” Ellis said. “Sometimes they’ll stand around and wonder where Janiya is, but those girls played very well tonight.”

In addition to Downs, Lauren Shell, Jahleah Butler and Abigail Chabala are seniors for the Raiders.

“They did a good job of boxing out and  they got some rebounds,” Ellis said. “They really helped us.”

South is tied for third in the CCC going into the regular-season finale, but the Raiders could drop to the fifth seed for the conference tournament (that would mean a first-round road game) if they lose at first-place Salisbury on Friday.

North Davidson is the host for the semifinals and championship games.