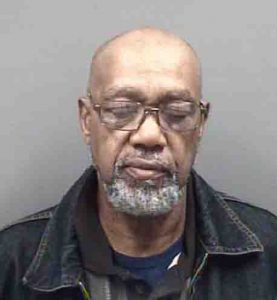 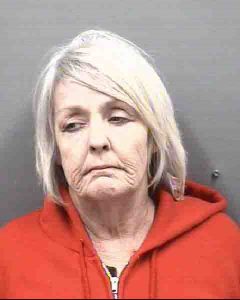 KANNAPOLIS — A Cabarrus County man and woman face felony charges for drug possession after a traffic stop for an expired license plate.

A Rowan County Sheriff’s Office deputy stopped a red Honda on Saturday night that was traveling south on North Cannon Boulevard near South Chapel Street. The vehicle’s license plate had expired in September.

The deputy issued a citation to driver Jerry Robinson for an expired plate. When the deputy returned from his patrol vehicle, he smelled marijuana and asked the four people inside the car to get out, according to an arrest report.

When searching the car, the deputy found an orange medicine bottle in the center console with no label on it. He found 2.6 grams of marijuana inside the bottle wrapped in plastic bags. Robinson confirmed there was marijuana in the car but said it belonged to his daughter.

The deputy found drug paraphernalia in the trunk of the Honda including a box with 25 plastic bags, baking soda, two metal spoons, metal sifter and another scale, according to the report.

Pamela Renae Chandler, who had been in the back seat, was holding a bag within a bag with a medication bottle in it. The bottle had her name printed on it and the drug name citalopram, which is prescribed to her. But the bottle actually contained five pills — four tramadol hydrochloride and one clonazepam, according to the report.

The deputy found nothing illegal on the other two passengers.

Chandler, 62, of the 400 block of Jackson Park Road, Kannapolis, was charged with two counts of felony possession of a controlled substance Schedule IV and misdemeanor possession of drug paraphernalia. She remains in the Rowan County Detention Center under a $2,000 secured bond.

Salisbury woman’s vehicle carjacked in her driveway on Miller Street

SALISBURY — A woman’s vehicle was carjacked a gunpoint while she was sitting inside it in her East Miller Street... read more