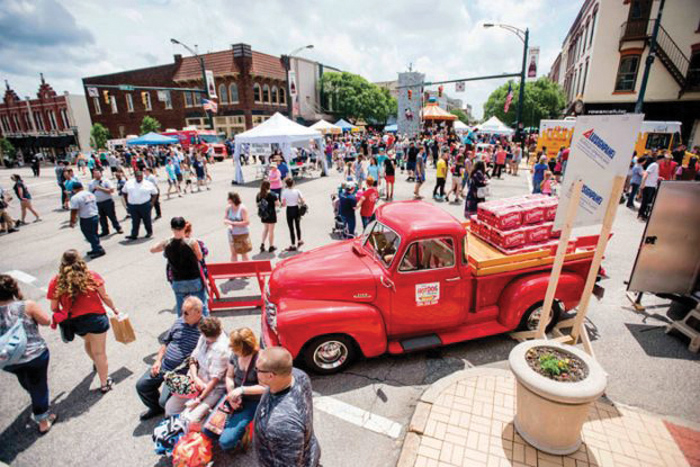 3. The Rowan County Board of Commissioners decided last week to name what in honor of retired Emergency Services Chief Frank Thomason?
A. An EMS station in Rockwell
B. The Emergency Operations Center on Old Concord Road
C. The Events Center at West End Plaza
D. The Rowan Rescue Squad building on Julian Road

4. For the past 30 years, Kannapolis resident Mary Barnes has been a goodwill ambassador to the United States for what country?
A. Iceland
B. Scotland
C. The Netherlands
D. Ireland

5. When the 2019 season ends, the Class A minor league baseball team in Kannapolis plans to rebrand and change its name for a third time in the franchise’s 25-year history. Which of the following names has not been used by the Kannapolis team?
A. Intimidators
B. Phillies
C. Boll Weevils
D. Cannons

6. Janet “Mama” Mitchell retired Jan. 31 from Southeast Middle School. Aside from her roles as a physical education teacher and athletic director, Mitchell racked up 148 wins against only eight losses as coach for what sport?
A. Girls tennis
B. Boys soccer
C. Girls soccer
D. Boys seventh-grade basketball

7. To promote literacy and tout this performer’s Imagination Library program, Smart Start Rowan is putting a life-size cutout of who at a different location in Rowan County each week?
A. Faith Hill
B. Taylor Swift
C. Oprah Winfrey
D. Dolly Parton

9. Salisbury Pastor Anthony Smith traveled to Raleigh this weekend and spoke about social justice issues while participating in the HKonJ Moral March. What does “HKonJ” stand for?
A. H. Konrad James, a civil rights leader from the early 20th century
B. Heartfelt Keynotes on Jesus
C. Historic Thousands on Jones Street
D. Honor Keepers on Justice

10. The “49 Days of Gratitude,” which kicked off Saturday with a parade and opening ceremony in Spencer, gained its inspiration from the Merci Train that arrived by freighter in the United States from France in 1949. What were the train’s 40-and-8 boxcars filled with?
A. Champagne, meant to celebrate the end of World War II, even though it was almost four years late
B. Personal gifts from French people showing their gratitude for the American Friendship Train of relief goods sent to Europe in 1947
C. Numerous varieties of common French trees and shrubs designated for each state that were supposed to reflect the strong friendship between the United States and France
D. The parts for a half-sized Eiffel Tower, a gift from France that still exists in Paris, Texas