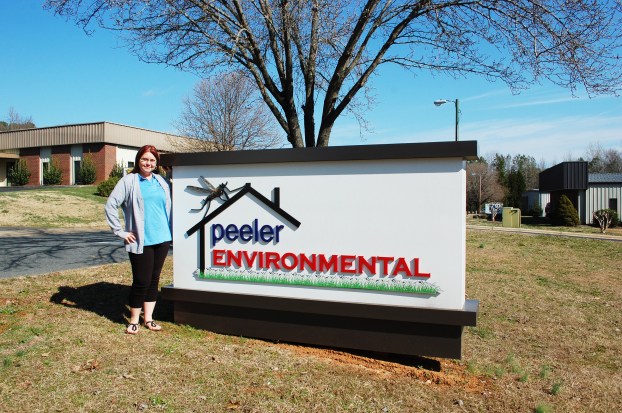 Suzan Eudy, an office manager at Peeler Environmental, was awarded the inaugural Administrative Professional of the Year Award by the North Carolina Chapter of the Professional Women in Pest Management on Jan. 29.

‘In my blood’: Suzan Eudy of Peeler Environmental recognized for work ethic

SALISBURY — Jan. 29 was a great day for Suzan Eudy, an office manager at Peeler Environmental.

On that Tuesday, Eudy was presented the first Administrative Professional of the Year award by the North Carolina Chapter of the Professional Women in Pest Management in Raleigh. And she also found out she was put on the donor list for a kidney and pancreas transplant.

“I found out I was on the transplant list the same day I got that, so that was a wonderful day,” Eudy said.

Eudy started her career in pest control at 19 years old and hasn’t strayed.

“I just can’t see myself doing anything else,” Eudy said. “I just really love it. The fact that Kip (Peeler, the founder) nominated me really made me feel appreciated. At least someone is seeing the work that I do put into this.”

She said Peeler and her former boss, Mike Richards of Target Exterminators, have been blessings to her and her career. Peeler has become her mentor, helping her take steps to opening her own exterminator business.

Eudy became interested in bugs and pest control because of her father. Other members of her family are in the exterminator business.

“I always say it’s in my blood apparently because I have so many family members that have done the pest control business and it’s just natural to me,” she said.

Eudy said Peeler took notice of her dedication to the company, whether it was him being comfortable leaving a task with her, her continuing to educate herself or putting the business first despite her health.

She is on dialysis for nine hours a day waiting for a transplant and is a diabetic.

“We are proud to honor Suzan Eudy’s work with our first Administrative Professional of the Year award,” Roberts said. “Her work at Peeler Environmental has earned the respect of her colleagues and has now earned the recognition of our association.”

Eudy said the passion she has for her job and the company makes her a better worker.

“My skills do shine in this business because I do love it,” Eudy said. “I know a lot of people just come in for a job. This is my livelihood, and I do take it very seriously.”

As an office manager, Eudy is in charge of scheduling the technicians and ensuring good customer relations. She goes above and beyond by continuing her education about pest control, letting customers express their problems, following up promptly, and being upfront and honest, which leads to return customers.

Eudy received a plaque, a $250 gift card, and a one-night stay at the 2019 Pest Control Technician School and a gift card to cover expenses for the trip to Raleigh.

By Susan Shinn Turner For the Salisbury Post DURHAM — In the early 1970s, Bob Woodward emerged as one of... read more