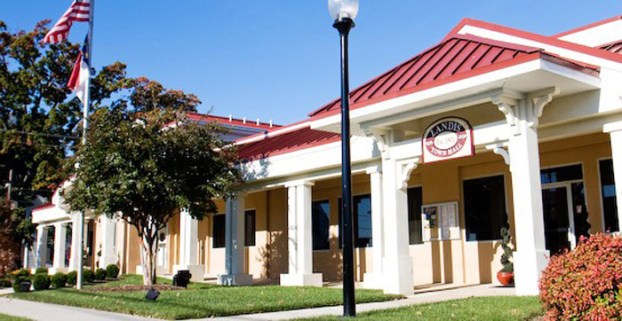 LANDIS — Town Manager Reed Linn and Finance Officer Ginger Gibson have resigned, but they’re not the only subjects of a state investigation into the town of Landis’ finances.

Audria Bridges, SBI agent in charge for the Southern Piedmont District, confirmed Friday that a third subject is involved in a case centering on embezzlement, but she did not provide a name. Bridges advised the Post to file an open-records request. The request had not been filled by Friday afternoon.

Meanwhile, Police Chief Kenny Isenhour has taken on the role of interim town manager. Isenhour previously had been scheduled to take over on March 1 — the date of Linn’s scheduled retirement. Linn’s resignation as town manager in the wake of an SBI investigation bumped up Isenhour’s start date to noon Friday, Mayor Mike Mahaley said.

Town officials also confirmed that Linn would no longer serve as fire chief.

The resignations were announced Thursday in an emailed news release from the town of Landis and signed by Mahaley. The probe reportedly was opened when the Landis Police Department was directed last week to open an administrative investigation of allegations relating to town finances. Police officers spoke with Rowan County District Attorney Brandy Cook, who asked the SBI to open an independent criminal investigation.

Exactly who initiated the investigation is a matter of contention. Mahaley and the Landis Board of Aldermen directed the Police Department to open the case, according to the town’s news release. However, Alderman Seth Moore said he is solely responsible for initiating the investigation and that preliminary findings were shared with Mahaley and others on Wednesday.

As the SBI’s investigation continues, Landis officials will call a meeting to discuss appointing a finance officer. Mahaley said Friday he is unsure when the meeting will be called.

Mahaley said he loves the town and has no plans to resign with “a couple of exclamation points.” He added no other aldermen have indicated they plan to leave the board. The aldermen plan to spend time “getting back on track and filling the holes,” he said.

Mahaley declined to discuss details about Linn, including if the former town manager will receive a severance package.

If Landis officials are interested, the town has an offer from China Grove to assist in any way possible, said China Grove Mayor Lee Withers.

After a standing-room-only meeting on Monday at which residents voiced concerns about a litany of topics, Withers said he directed China Grove Town Manager Ken Deal to offer to Landis “anything we can do to assist short of writing a check.” That may be police or fire department assistance or help with day-to-day operations, Withers said.

Deal said he’s spoken to the Landis administrative staff to extend the offer.

Meredith Smith, who has lived in Landis for 22 years, said she has mixed emotions about the week’s news.

“It was sad for the residents that we were told on Monday that it was fake news,” Smith said, referring to a Post article saying the Local Government Commission was looking into the town’s finances.

Smith said she and other residents had heard rumors about town money being used incorrectly for some time.

On Monday, Mahaley called for residents to make an open-records request if they have questions about the town’s administration. Smith did just that, submitting a request for 2016-17 audits; letters from the Local Government Commission dating to 2016; salaries for 2016, 2017 and 2018; and utility rates. Smith said she was initially told her request would be filled Friday but has since been told it will take more time.

After praise of Linn by aldermen at Monday’s meeting and this week’s resignation of the town manager, Smith said she feels “wronged.”

“I was led to believe that we had the best thing going for my town,” she said.

Nadine Cherry, a frequent speaker during public-comment periods at Board of Aldermen meetings, said she was not surprised by the announcement of the SBI investigation.

“There’s just been too many discrepancies,” Cherry said.

Colin Patterson, who was a Landis firefighter for more than 17 years, said while he was working for the town he saw things that were “not right at all.” Patterson said town employees tended to personal business during work hours time and bought items with the town’s card for personal use.

Former Mayor Dennis Brown said he is very surprised about news of the investigation but refused to comment further.

Former Alderwoman Lisa Propst, who now lives on the North Carolina coast, said she believes the matter being investigated by the SBI dates back years, possibly to when she served on the board in the early 2000s.

Meals on Wheels Rowan has received a $10,000 grant through Kohl’s National Giving Program, part of nearly $3 million in... read more