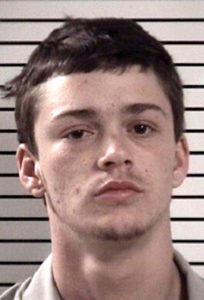 A Statesville man faces multiple charges, one of which includes a theft from his employer in Cleveland.

Rodney Allen Grant II, a former employee of the victim, was identified quickly as a suspect.  The 20-year-old has an address on Musket Lane in Statesville.

During this investigation, a search warrant was served at Grant’s residence by Iredell County Sheriff’s Office for a separate investigation which lead to the recovery of the stolen backpack leaf blower and string trimmer.

Deputies located and arrested Grant on Feb. 1. He was taken into custody at his residence without incident and was taken to the Iredell County Detention Center where the arrest warrants were served on him. Magistrate P. Tutterow issued Grant a $50,000 secured bond for these charges.

NC MedAssist to bring mobile pharmacy to Rowan on Friday

SALISBURY —  NC MedAssist will offer a mobile free pharmacy in Salisbury on Friday. The program, which is in collaboration with... read more