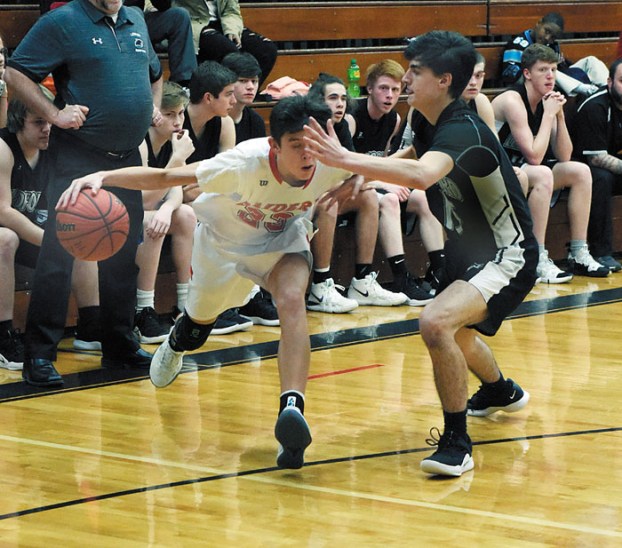 LANDIS — Life in the Central Carolina Conference without a big guy is not easy.

Ledford’s 6-foot-2 senior Chad Dorrill isn’t exactly a tower, but he’s an effective post player. He worked over guard-heavy South Rowan for 15 second-half points on Monday in Ledford’s 70-59 victory over the Raiders.

South (3-17, 3-11), which is striving to finish in the top eight in a 10-team league to qualify for the tournament, really needed an upset win against a middle-of-the-pack team, but the visiting Panthers (11-8, 8-6) calmly took care of business.

Ledford was ahead 15-5 after a quarter.

South got points from seven different players before halftime, but Ledford junior Walker Lackey used his quickness to create havoc on defense and create space for high-percentage shots. He had 16 points by halftime and Ledford led 34-22.

The Raiders tried to make a move in the third quarter, got some stops and pulled within 38-30 on a jumper by reserve Elijah Gaskin. But Lackey answered with a 3-pointer from the top of the circle — probably the biggest shot of the game — and Ledford stayed in command.

In the fourth quarter, South battled within 49-39 with 4:39 remaining when Jarron Hines followed up a missed layup, but Dorrill responded to the mild threat with a key “and-one” in the paint.

After that, the Panthers fed South a steady diet of Dorrill, who did most of his damage on the offensive board.

Lackey finished with 21 points, while Dorrill had 18.

Hines can shoot and made enough jumpers to lead South with 13 points. Brenden Finger scored a smooth, poised 11, knocking down some long 3-balls. Barrett Thompson played as hard as anyone. Undersized for the frontcourt, he worked for 11 points in the paint or at the foul line.

Click here to view more photos from the game.