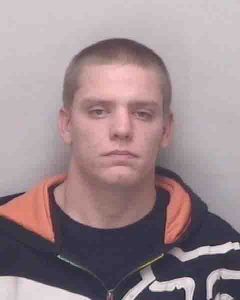 SALISBURY —  Salisbury Police received information that two people were passed out inside a car in the parking lot of Food Lion early Thursday morning. Officers charged a Salisbury man with possession of heroin and marijuana.

Salisbury Fire Department followed by the Salisbury Police arrived to find a man and woman unconscious sitting inside a blue Chevy Cobalt at 2104 Statesville Blvd. Once the two were awakened, fire officials checked them and determined they were medically fine, officials said. An officer said in a report he smelled marijuana and alcohol coming from the car.

The driver, Jason Keith Odell, 22, of the 1300 block of Goodson Road, told the officer he had marijuana on him. He got out of the vehicle and pulled a small amount of marijuana out of his pocket. The officer found some heroin inside a cigarette package tucked in a compartment near the driver’s side door.

Police questioned and searched the passenger, Kristen Bailey, who was initially passed out, but found nothing. She was released to a family member since the vehicle was towed from the scene.

SALISBURY – A child without a home is difficult for most to imagine, but it is a daily prospect for... read more