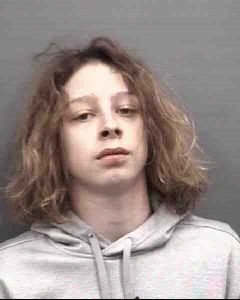 SALISBURY — A Cleveland teenager faces felony charges for stealing a pit bull on Thursday from a Salisbury woman who had set up a sale.

The teen remains in the Rowan County jail.

A 17-year-old woman says she met Hunter Alan Radford, 19, of the 1700 block of Mount Tabor Church Road, to sell a 6-week-old female pit bull. She took the dog for him to look at, and he took off running, officials said.

The woman said she saw Radford run behind a house, then lost sight of him, a report said.

Rowan County Sheriff’s Office deputies went to a home on Highland Park Drive where they believed Radford was and got permission to search the property. They did not find Radford. Sometime later, the woman received a text message from Radford who said: “haha just robbed you.”

The woman contacted Rowan authorities and told them that Radford might be at another home on Highland Park Drive. Officers found Radford at that home, and the woman verified that a dog they found belongs to her.

Radford was charged with felony larceny of a dog and placed in the Rowan County Detention Center under a $5,000 secured bond.

By Shavonne Walker shavonne.walker@salisburypost.com SALISBURY —  Salisbury Police received information that two people were passed out inside a car in... read more