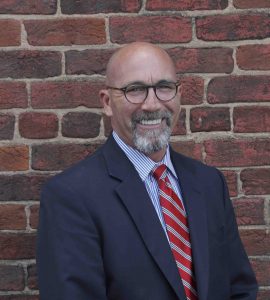 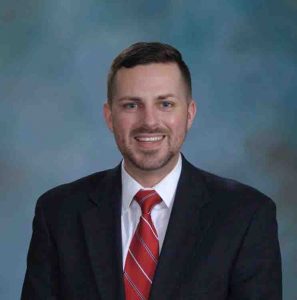 SALISBURY — Two local law firms have merged and taken on an associate attorney.

The attorneys also announced that W. Marlowe Rary II has joined the firm as an associate attorney.

Robert “Rob” Inge joins Cecil Whitley and Darrin Jordan after practicing law in his own solo firm for the 24 years.

Inge was admitted to the North Carolina State Bar in 1987 and has practiced law in in the state since then. He is a board-certified specialist in family law, one of only two attorneys in Rowan County who have received that certification.

Inge has been a speaker at numerous continuing legal education programs, served as a judge for the Rowan County Teen Court and was a judge for the North Carolina High School Mock Trial Competition. Inge has practiced almost exclusively in the area of family law since his admission to the bar.

Rary joined the firm as an associate in November and has taken over the criminal District Court practice along with handling personal injury and other civil matters.

Rary is a graduate of Salisbury High School and the University of North Carolina at Wilmington, where he received his bachelor of arts degree in political science. He spent six years in public education as a teacher after graduating as a North Carolina Teaching Fellow from UNCW.

He is a graduate of the Charlotte School of Law and is licensed to practice in all federal district courts in the state.

Whitley, the senior partner, is a 1966 graduate of Catawba College and 1973 graduate of Wake Forest School of Law. He has maintained a general practice of law in Salisbury since 1973, concentrating on traffic, criminal and domestic law. However, the firm continues to provide the services of a general law practice through his partners and associate.

Jordan, a graduate of Salisbury High School and Catawba College, has been practicing law since his graduation from Campbell School of Law in 1990. He was an assistant district attorney for both Rowan and Cabarrus counties from 1994 to 2000. He has been a board-certified specialist in state criminal law since 2004 and has served on statewide boards and commissions, including the N.C. State Bar, N.C. Indigent Defense Commission, and N.C. Commission on the Administration of Law and Justice.

The firm continues to have a general practice of law but specifically handles traffic, criminal, domestic, personal injury, condemnation and other general civil cases.

1. A large crowd of people, most of them opposed, showed up for a public hearing on rezoning a property... read more