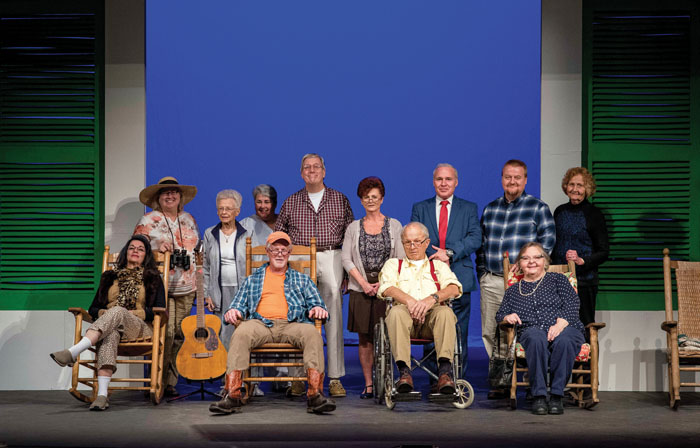 1. A large crowd of people, most of them opposed, showed up for a public hearing on rezoning a property at N.C. 152 and Organ Church Road. Despite the opposition, the Rowan County Planning Board voted unanimously to approve the rezoning for what to locate on the site?
A. A new Bostian Heights fire station
B. A Seventh Day Adventist Church
C. A Dollar General store
D. A combination convenience store/pool hall

2. Last Monday, students at Overton Elementary School were greeted by a line of police officers, firefighters, local government officials and educators giving them high-fives, fist bumps and words of encouragement as part of a weeklong anti-bullying initiative. What was the week’s theme?
A. Cooperation
B. Self-esteem
C. Teamwork
D. Kindness

3. Detailing problems in their classrooms, students of Rowan County Early College brought complaints of mold, leaky ceilings, standing water and structural weaknesses to the Rowan-Salisbury Board of Education. Where are the Early College classrooms?
A. In mobile units at Rowan-Cabarrus Community College
B. In the music building at Catawba College
C. In the Varick Auditorium Annex of Livingstone College
D. In the former Henderson School on North Main Street

5. After more than 20 years at the Hanford Dole Chapter of the American Red Cross building on Jake Alexander Boulevard, Rowan County United Way had to move its offices. Where will the United Way’s new location be, as of Monday?
A. The second floor of the Salisbury Post building on West Innes Street
B. The floor above Waterworks Visual Arts Center
C. The floor above Spanky’s on the Square
D. The floor above the new Mean Mug on North Main Street

6. A new “silly and soulful” Piedmont Players production opened Thursday night that revolves around Rosehaven Retirement Home. What is the name of this Clyde Edgerton and Mike Craver musical comedy?
A. “Don’t Eat the Mashed Potatoes”
B. “My Senior Moments”
C. “Lunch at the Piccadilly”
D. “Leave the Wheelchair, Take the Ukulele”

7. More than 750 tickets were sold and 44 businesses participated Friday evening in what Downtown Salisbury Inc. event?
A. February Is for Lovers
B. Bushers Bash
C. Chickweed
D. Wine About Winter

9. Coach Bobby Lutz was guest speaker for the J.F. Hurley Family YMCA campaign breakfast this past week. Lutz was the men’s basketball coach at his alma mater for 12 years. What is that school?
A. N.C. State University
B. Lenoir-Rhyne University
C. University of North Carolina at Charlotte
D. Western Carolina University

10. This man, who will be the Founder’s Day speaker at Livingstone College on Thursday, is a nationally syndicated radio host and graduate of Tuskegee Institute, and since 1998 the foundation he chairs has raised more than $65 million to help students enrolled at historically black colleges and universities. Who is this speaker?
A. Tom Joyner
B. Tavis Smiley
C. Larry Edler
D. Steve Harvey