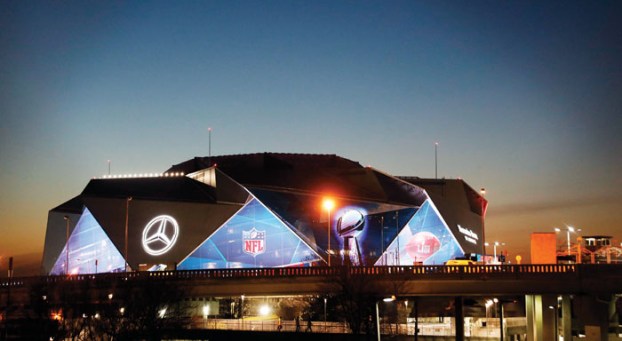 Super Bowl Sunday: The NFL always brings us back

The NFL has messed up some in recent years but one fact still remains: Professional football is king and today’s Super Bowl 53 will most likely be the highest-rated television show of the year.

Even the weekly Sunday night NFL games during the regular season gets higher ratings than almost everything else. The series “This is Us” was a distant second last year, according to Deadline Hollywood website.

Our NFL fandom is really an interesting phenomenon. We get over bad stuff — officiating, losses by our favorite teams or poor behavior by players, just to name a few — and always come back for more.

After a tough loss, we may not wear our favorite team’s gear for a few days, or even an week or so. But sooner or later, we wear it again with pride.

The pass interference no-call in the NFC Championship game is a perfect example. Sure, the call most likely cost the New Orleans Saints a trip to tonight’s game in Atlanta, and many of their fans plan to boycott and not watch.

Heck, I even told a few friends that I was not going to watch. That call was just too egregious. Plus, I was too disappointed that my team, the Kansas City Chiefs, lost in the AFC Championship game two weeks ago.

But the NFL did a very smart thing years ago. It put two weeks between the conference championship games and the Super Bowl. Of course, the two weeks allows plenty of time to hype the final game of the season, but it also does much more.

The break also gives you time to “heal your wounds,” if your team missed the playoffs, or even worse, lost in a most painful way (see Saints and Chiefs).

Again, I wasn’t going to watch tonight because my Chiefs let me down two weeks ago, losing to New England in overtime. My daughter and I were going to go to Atlanta had the Chiefs advanced. We were going to stay with an old friend in Alpharetta, just outside the city. I’ve been a Chiefs fan for 50 years and Bethany for 23. It was going to be perfect.

Now, two weeks later, the scab has formed and the NFL is calling me back. I’ll watch tonight. Super Bowl Sunday is almost a national holiday. It ranks only behind Thanksgiving and Christmas for grocery store sales. I don’t skip those holidays either.

No doubt the wound is deeper for some Saints fans and I can respect them if they tune out Super Bowl 53. But as soon as their Saints start off-season workouts in March, drafting new players in April and cranking up training camp in July, they’ll be back.

The pull of the NFL is just too strong. We fans are addicted to it.

Speaking of the big game’s hype, I saw the beginning of that the other day on a YouTube offering of Super Bowl V. That game, the end of the 1970 season, was played in January of 1971. I remember watching most of it, between the Dallas Cowboys and Baltimore Colts, in my parents’ den as a 12-year-old.

The YouTube video was the entire broadcast (no, I didn’t relive it all), televised by NBC. The airing began with Curt Gowdy, the network’s top sportscaster, sitting in a waterfront chair outside the NBC affiliate in Miami. To his left was New York Jets’ quarterback Joe Namath, the hero of Super Bowl III and the most recognized NFL player at the time.

Gowdy admitted that the segment was being taped, so they could get over to the Orange Bowl in time for the 1:50 p.m. kickoff. He and Namath discussed the upcoming game for 20 minutes — that’s right, 20 minutes.

Today, the NFL Network has an 8 1/2-hour pregame show, because, as Good Morning Football’s Peter Schrager said this week on The Dan Patrick Show, “nine hours would be overkill.”

And, of course, ESPN has its own multi-hour pregame show, as does CBS, which will broadcast the game with Jim Nantz and Tony Romo as the game announcers.

I mentioned above that had my Chiefs beat the Patriots, Bethany and I were going to Atlanta. Our plan was to hang out with other Chiefs fans at all of the fun events that lead up to the game itself. Then retreat to my buddy’s home to watch the game.

Why not watch the Super Bowl you’ve waited 50 years for in person? Have you checked the ticket prices?

It’s ridiculous, but the common fan can no longer afford Super Bowl tickets. I remember some years back, thinking that $600 face value was crazy.

NFL Ticket Exchange on TicketMaster should be better, right? No. It’s cheapest ducat is $2,995.

To be fair, that price does get you a padded seat and access to a private lounge with all-inclusive food and beverage. That must be some extra cold beer and incredible chicken wings.

So which team will hoist the Lombardi Trophy tonight?

I’ve got to go with the GOAT  — Tom Brady. Not to mention Coach Bill Belichick and the rest of the Patriots. And I’m going with the same score of the 2004 Super Bowl when New England topped the Carolina Panthers:

Get your pizza and wings ready!