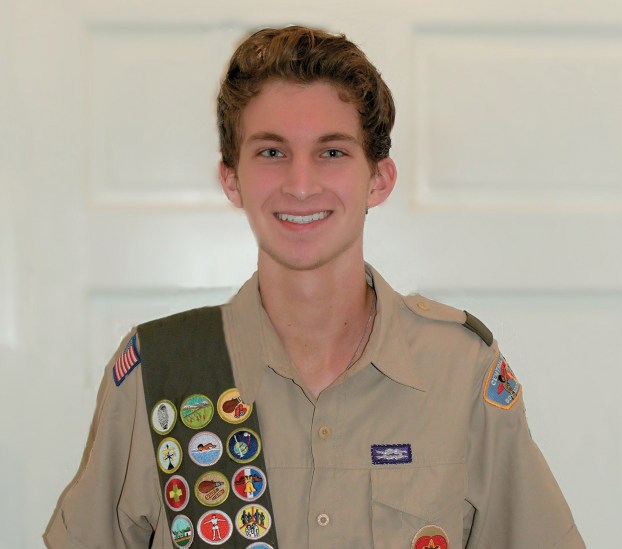 Nicholas began his scouting experience as a Tiger Cub Scout in Pack 442, with a goal of obtaining his Eagle Scout. As a Cub he earned the God & Me and God & Family awards, as well as the Arrow of Light.

As a Scout in Troop 442, Nicholas earned 27 merit badges and two 50 Miler awards—one for canoeing the Lumbar River and one for backpacking in New Mexico. He is a member of the Order of the Arrow. For several years, he participated in the Big Sweep Project, cleaning up debris from Falls Reservoir on the Yadkin River and participated in numerous all-weather backpacking and canoeing trips.

Nicholas served the troop as a Patrol Leader and Troop Scribe. He completed National Youth Leader Training, Leave No Trace Training and American Red Cross training for adult CPR/AED. Nicholas participated in Survival training- camping alone in the woods with no gear; the OA Ordeal; camping alone in the woods with minimal gear, and the Shipwreck Trip- camping on an island after a “boat mishap.”

Nicholas also earned the God & Church award and is working on the God & Life award.

In 2017, Nicholas completed a 108-mile trek through the New Mexico wilderness and summited Baldy Mountain in the Cimarron Range at 12, 441 feet at Philmont Scout Ranch. In preparation for this adventure, he participated in numerous winter backpacking trips including Mount Rogers and Mount Mitchell. Nicholas attended camping sessions at Camp Barnhardt, Camp Daniel Boone and Lumpkin Adventure Base.

Nicholas is a member of the Salisbury Youth Council. He is a student at Salisbury High School, where he has been a member of the soccer, basketball and baseball teams. He is also a member of the National Honor Society and Key Club. He participated in a mission trip to Houston, Texas, providing relief to hurricane victims. He is a confirmed member of First United Methodist Church.

Nicholas is the son of Kevin and Laura Peltz of Salisbury, brother of Riley Peltz and grandson of Wayne and Ann Koontz.