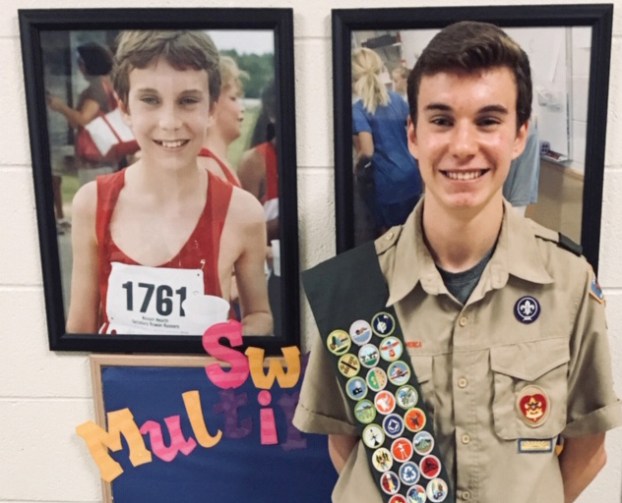 Patrick began his scouting journey as a Tiger Cub Scout in Pack 446, stating his goals of camping and becoming an Eagle Scout. As a Cub he earned his Arrow of Light Award, won the Raingutter Regatta, slept with the fishes, and camped a lot.

As a Scout in Troop 442, Patrick earned 24 merit badges, a 50 Miler Award for canoeing the Lumber River, and was a member of the Order of the Arrow, the National Honor Society of the BSA. For four years, he participated in the Big Sweep Project, cleaning up debris from Falls Reservoir on the Yadkin River. Patrick served as Patrol Leader and Webmaster, and completed Leave No Trace training and American Red Cross training for adult CPR/AED. Patrick survived Survival training – camping alone in the woods with no gear; the OA Ordeal – camping alone in the woods with minimal gear; and the Shipwreck Trip – camping on an island after a “boat mishap.”

In 2017, Patrick completed a 108 mile trek through the New Mexico wilderness and summited Baldy Mountain in the Cimarron Range at 12,441 feet (see Patrick Smith Philmont Adventure on YouTube) at the Philmont Scout Ranch. In preparation for this adventure, he participated in numerous winter backpacking trips including Mount Rogers and Mount Mitchell. Patrick attended camping sessions at Camp Barnhardt and Camp Daniel Boone.

For his Eagle Scout Leadership Service Project, Patrick organized a small group of Scouts to build dog houses for the local Humane Society. Creating a GoFundMe account, he raised money for the houses with additional funds used for spay/neuter and dog/cat food donations.

Patrick is a junior at Gray Stone Day School where he lettered in Men’s Track, Men’s Cross Country, and Cross Country. He was a participant in the Duke University Talent Identification Program for academically talented students, and received an Excellence in Biotechnology Award, and an Honorable Mention for Excellence in the Chemical Sciences Award at the North Carolina Science & Engineering Fair.

In 2018, Patrick received the Keyboard Award at Cannon Music Camp, ASU, and is a scholarship recipient to the 2019 program. Through out his scouting life, Patrick could equally be seen playing the piano as hiking, sitting down at the keyboard even before the earliest of trek starts.

Patrick was welcomed to the Lord’s Table March 1, 2009 at First Presbyterian Church in Salisbury. Patrick is the son of Holly Smith of Salisbury. His siblings are brothers, Nicholas Smith of NSW, Australia and McKissick Bartlett of Chongqing, China and sister, Lauren Smith of Bellingham, Wash.