My turn, John Leatherman: In schools, we continue to accept failure 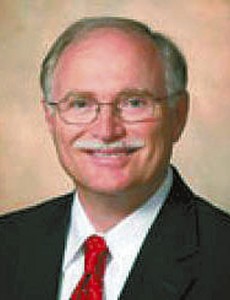 If you have not read the My Turn article by Karen Lilly-Bowyer published Jan. 27 (“RSS may need leadership changes”), read it. Karen takes on the RSS leadership as only one knowledgeable on the subject can.

Education results have declined, many good, seasoned teachers have left or retired. The phrase “ I’ve had it” comes to mind.

The R word, redistricting, which means consolidation and school closings is now the goal. Rowan-Salisbury Schools, please tell us how redistricting and busing children for 80-minute rides is going to help. That is unacceptable.

I know of families that have moved out of Rowan County because of the schools. Others have chosen options other than public schools.

Let me remind the public that spending  millions on a new central office building with a wonderful dome was supposed to help RSS recruit more and better teachers. Is that why RSS is recruiting people to teach that do not have a teaching certificate?

All the while, RSS is letting schools deteriorate. I do not remember reading about denied funding requests to maintain schools.

Why does RSS have its own construction and maintenance department that is separate from the county’s? It seems like total duplication. Neither has the capabilities that a combined group would have.

Another RSS idea has the effect of pitting teachers against each other. Pay some “lead” teachers 50 percent more than the average pay. It guarantees disharmony among teachers. Is RSS going to treat other schools the same? I do not think so.

Who is to blame? We are. We continue to accept failure while being distracted with all the “progress.” We need to change the administration and the way we elect the school board. We are not getting the best to serve by having district representation. School board members should not only be concerned about their district. They should represent all of the county.

Maybe it is time to break up the Rowan-Salisbury School System and go back to having Salisbury city and Rowan County schools. The Mooresville school system is having far superior results, and Kannapolis is performing better than RSS. Do Mooresville and Kannapolis simply have better parents and smarter children?

There are many positive steps that can be taken. One step I have previously recommended is real community involvement. This would involve parents, teachers and community leaders. They would have grade-level, district-wide school improvement meetings. The groups would not be controlled by RSS.

There is a symbiotic relationship to good schools and a good economy. It is difficult to have one without the other. We can and should have both.

The south Rowan area is going to grow. Plan for that before we redistrict, tear down existing schools and build new ones.

Rowan County Early College and Henderson Independent High School need more seats. I suggest considering adding an alternative school and vocational school at both North Rowan and South Rowan high schools. Allow adults to participate in the vocational school and get remedial courses. We need a conversation  on this subject. Join in.

Ultimately, commissioners have the final responsibility on these issues.

John Leatherman is businessman and owner of Leatherman Insurance Agency in Salisbury.

1. A large crowd of people, most of them opposed, showed up for a public hearing on rezoning a property... read more