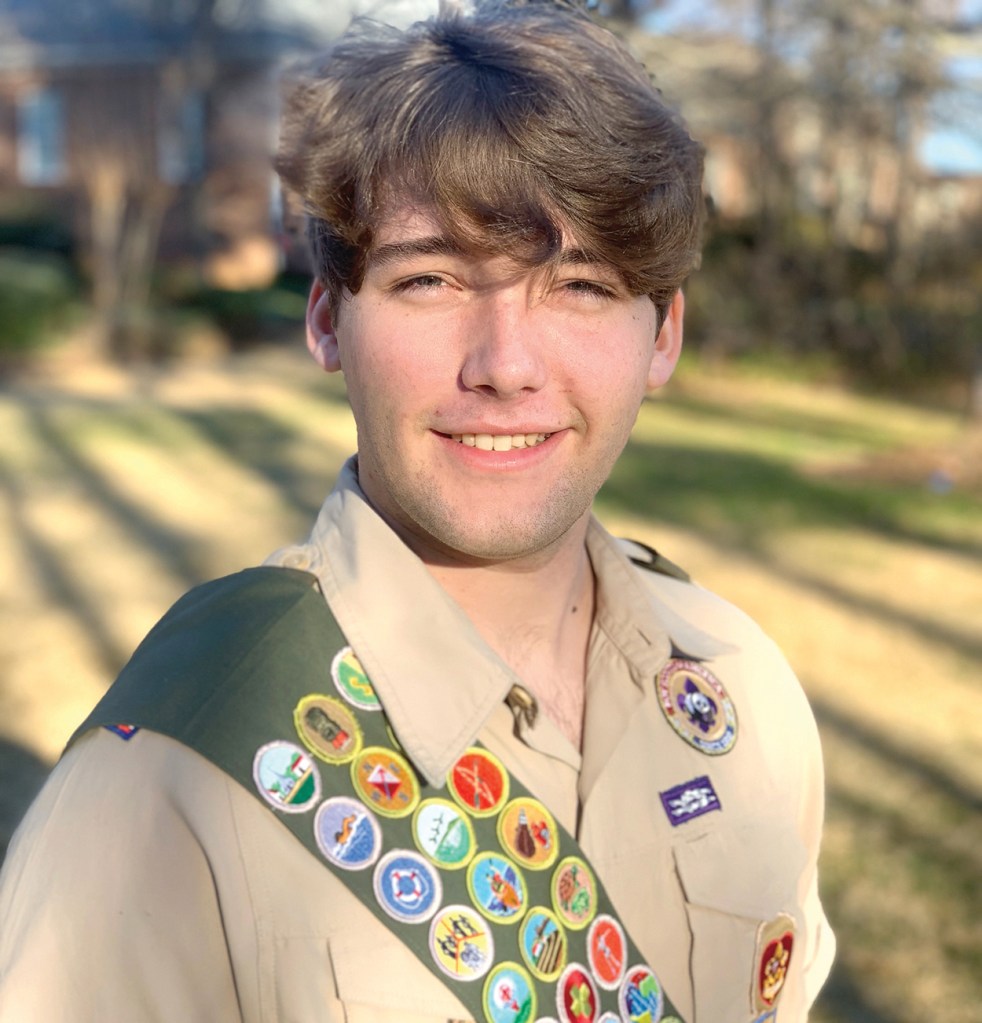 Noah began his scouting experience as a Cub Scout in Pack 442, where he earned the God & Me and God & Family awards, as well as the Arrow of Light.

As a Scout in Troop 442, Noah earned 29 merit badges and three 50 Miler awards—two for canoeing and one for backpacking. For several years, he participated in the annual cleanup of Falls Reservoir on the Yadkin River, and participated in numerous backpacking and canoeing trips. In 2017, he completed a trek at Philmont Scout Ranch in New Mexico. He served the troop as a Den Chief, Patrol Leader and Chaplain’s Aide.

For his Eagle Scout Leadership Service Project, Noah organized and led a team of volunteers to build an outdoor worship area at his church.

Noah is enrolled in the Criminal Justice program at Rowan-Cabarrus Community College.

He is a member of Calvary Baptist Church, where he assists with leadership of the youth group by helping with planning and organizing youth activities.

Noah is the son of Daryl and Angela Lance of Salisbury.