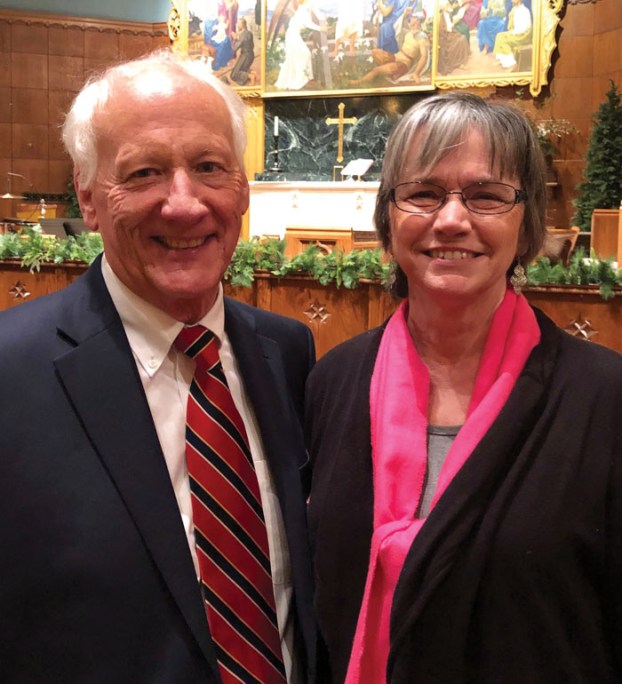 In October, David Hord ran a marathon. In December, he had a mild heart attack. In February — Heart Month — he has a message for you: If something doesn’t feel right, have it checked out. Immediately.
The quick thinking of David and his wife, Bonnie, on Dec. 30 led to a positive outcome — Hord got a stent to take care of a 70 percent blockage and narrowing of an artery in his heart.
That Sunday afternoon, the Hords had been to church at St. John’s Lutheran and gotten a bite to eat. David was smoking — no, not that kind of smoking! He was smoking a turkey for a neighbor. He opened the Salisbury Post and turned on the football game. And then he started to feel uncomfortable.
“I started to feel some pressure in my chest, and I felt a little pain radiating down my arm,” he says.
He got down on the floor to try to reposition himself a little. It didn’t help. Then he pulled out his laptop and quickly reviewed the symptoms of a heart attack.
All the while, Bonnie Hord lay sleeping on the sofa.
Hord then went into the bathroom and pulled out “a 10-year-old bottle of cheap aspirin and chewed on a couple.”
Then, gently, he awakened Bonnie, telling her, “Honey, let’s go to the ER.”
“I put my shoes on and grabbed my coat,” Bonnie says.
“She rolled off that couch pretty fast, I grabbed my wallet, and we were out the door,” David adds.
Because they’ve lived at High Rock Lake for several years, the Hords and their neighbors agree that when there’s an emergency, it’s better just to get into the car and drive the 11 miles to the hospital.
It was only when the couple was making their way up Long Ferry Road — Bonnie was driving — that she asked what the problem was. Meanwhile, David was watching his heart rate on his FitBit. He’s a longtime runner. 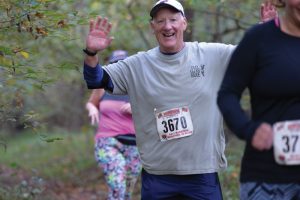 In October, David ran a marathon. In December, he had a mild heart attack. He shares his story in hopes of helping others.

“My resting heart rate is really good, in the 50s,” he says. “But it was in the mid-90s, then it started coming down. It did not escalate.”
David was monitoring his heart rate while Bonnie was “cruising through Spencer,” he says, about 65 mph. She had on her flashers, she says, and she passed a police officer, but he did not stop her.
“His breathing was irregular,” she remembers. “It was not normal.”
David was seen immediately in the emergency department of Novant Health Rowan Medical Center.
“I felt pretty calm,” David says. “There was never any panic.”
So much so, Bonnie says, that they began to wonder, was it or was it not a heart attack? “I can see how people would ignore it. With those kind of symptoms, you wait for something else to happen.”
“Ordinarily,” David says, “I am the master of procrastination. But for whatever reason, I did not on this one.”
An EKG didn’t show anything, but David’s medical team decided he needed a stress test the next day. Bonnie went home later that afternoon to gather what he’d need. Plus she had to call the neighbors to come pick up their smoked turkey — David insisted.
“He felt good enough that he was worried about that turkey,” Bonnie quips.
David and the hospitalist shared a laugh that he was about to take a stress test after he’d run the Marine Corps Marathon in Washington, D.C., in late October. He was in a regular room on the cardiac care unit.
Hospital personnel took David’s vitals all night, and noticed his enzymes increased, an indication he’d had a heart attack. Doctors decided to scrap the stress test in favor of a heart catheterization on New Year’s Eve. David’s cardiologist, Dr. Apur Kamdar, explained the procedure well.
The couple’s children, Alice Railton, and Dee Hord, came from Charlotte and Garner, respectively. One of David’s four sisters — Mary Jo Whitley of Winston-Salem, the closest distance-wise — also came for the procedure.
“Her husband had a triple bypass and she said it was time to return the favor,” Bonnie says.
During the procedure, David says his cardiologist found his heart was pumping really well — and no doubt compensating for the blockage.
More than 10 years ago, David, who turned 66 on Jan. 26, decided to make some lifestyle changes. His father, a lifelong smoker, had died of a heart attack at age 56.
“I just wanted to feel better,” David says.
So he started walking, lost a good amount of weight, and eventually began running. He’d run in the ’70s and the ’90s, and always saw David Freeze out at 5 every morning when he and Bonnie lived on Patterson Road.
David now calls himself a serious runner. “I think about it a lot.”
He ran his first 5K in 2013, and ran his first half-marathon a year later, eventually working up to the marathon distance.
Which is why he was so taken aback when he learned he’d had a mild heart attack. But his heart suffered no damage, and he’s under no restrictions. He returned to Carson High School, where he’s taught in the EC Department since the doors opened in 2006.
He plans to retire in June. Bonnie, who taught math, retired from Rowan-Salisbury Schools in 2008 and Davidson County Community College earlier this year.
“It’s a good time to retire,” he says, “because I want to go while I still want to be there and they still like me.”
Faculty and staff alike definitely like the guy they call “The Mayor of the EC Department.”
“It was a heart attack for us!” says Principal Angelo DelliSanti when they learned the news about David. “He is one of the heartbeats of our school. He has his pulse on the culture, and has made the culture what it is here — a great culture.”
DelliSanti was only 28 when he became principal in 2014.
“David showed me the ropes and what Carson was all about,” he says. “One day early on, he came up and put his arm around me and said, ‘You’re doing a great job.’ That just meant the world to me.”
DelliSanti is proud of the fact that David wants to share his recent experience and encourage others to take care of themselves. “He speaks from a place of humility and experience.”
Likewise, David says he appreciates all the concern from his colleagues, his church family, and his neighbors. He says he’s being vigilant about the depression that can sometimes follow heart attacks, and his follow-up appointments with his cardiologist and internist have gone well. He’s now enrolled in the hospital’s cardiac rehabilitation program.
“I know how lucky I was,” he says. “I don’t see how it could have played out better.”
The Hords are looking forward to spending more time with their grandchildren. Alice and her husband, James, have two children, Grey, 6½, and Emery 4, and Dee and his wife, Kristin, have two children, Adley, 2, and Callen, who arrived Jan. 24.
And David will continue to share his experience in hopes of helping others have similar positive outcomes in the event of a heart attack.
“My advice would be to go. Don’t wait.” 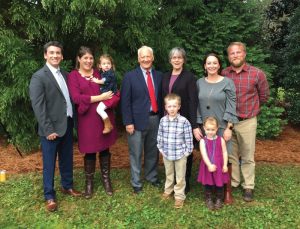 Get out there and spread some mulch

Mulch is a considered a normal aspect of landscaping. Now is an excellent time to apply mulch around trees, shrubs... read more