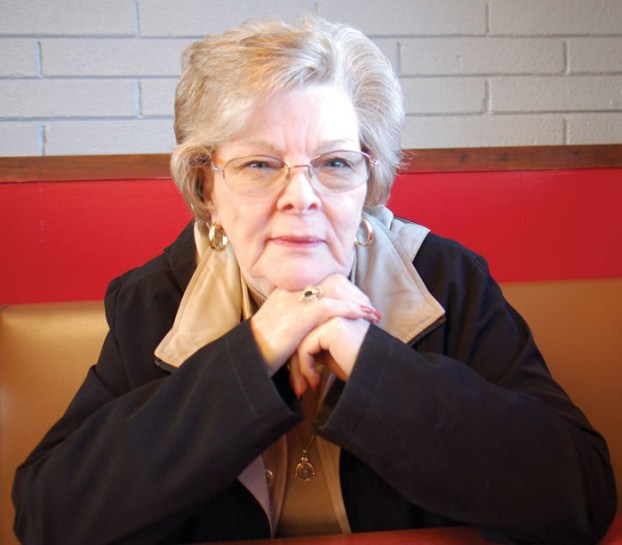 Mark Wineka/Salisbury Post Longtime Kannapolis resident Mary Barnes has been one of Ireland's goodwill ambassadors to the United States for trade and tourism since 1989. She holds dual citizenship in both countries.

For three decades, Kannapolis’ Mary Barnes has seen the world through Irish eyes

KANNAPOLIS — Mary Barnes has caught the raised eyebrows and recognized the same hints of disbelief for the past 30 years.

Why is a Kannapolis resident — a mother, grandmother and former teacher — one of Ireland’s goodwill ambassadors to the United States?

It’s a legitimate question, and the answer has a lot to do with a roots-driven trip to Ireland, a chance meeting with a well-known fashion designer and Barnes’ own perseverance.

Since becoming one of five goodwill ambassadors for Irish trade and tourism in 1989, Barnes has taken at least 35 trips to the Emerald Isle, negotiated trade deals between U.S. companies and the Irish government, and been the Irish chaperone for three area high school bands participating in the St. Patrick’s Day Parade in Dublin.

She has made calls on U.S. businesses, given talks to civic groups and used whatever influence she has to help both U.S. and Irish citizens.

Barnes played a key role in forging a sister-city relationship between Concord and Killarney, Ireland, back in 1993. Over time, through her various duties, Barnes thinks she has been responsible for helping about 7,000 people make the trip to Ireland.

She has hob-nobbed with many U.S. and Irish dignitaries, and on her official appointment as a goodwill ambassador three decades ago, she was granted Irish citizenship.

“I’m just a good old girl from Kannapolis,” Barnes says, “but obviously, I get things done.”

Now 78, Barnes has been winding down her duties as goodwill ambassador and swears she’s heading for retirement. She plans to take two trips to Ireland this year — one to Dublin’s St. Patrick’s Day Parade and the other in June to celebrate her daughter LeAnne’s 50th birthday.

This whole Irish thing started when an aunt in Georgia researched some family genealogy, revealing that one of Barnes’ great-grandmothers immigrated to the United States from Ireland. With her own research, Barnes became more curious about that ancestral homeland, leading to a family trip and tour.

During that visit, Barnes popped into the shop of a well-known Irish designer named Bonnie Reynolds and struck up a long conversation with Reynolds.

Reynolds served on the Irish trade and tourism board and told Barnes it was always looking for ambassadors who live in the United States.

Barnes seemed to check all the boxes. Reynolds ended up nominating Barnes in 1988 when a vacancy came up. She edged out other applicants and came through an extensive background check the FBI did as a courtesy for the Irish government.

Barnes had to travel for an interview in Annapolis, Maryland. She officially was tabbed as Ireland’s goodwill ambassador for the Southeast United States on Feb. 4, 1989 — one of five in the United States.

She has never received a salary, but she was given a credit card for any Irish-related expenses, and her travel also was covered.

In her first four years, Barnes made 28 trips to Ireland. Early on, she went through training in Irish language, culture and protocol. She met many Irish mayors and other dignitaries.

She stayed busy on the U.S. side as well. In September 1989, then-U.S. House Speaker Tip O’Neill asked her to make a quick trip to his office in Washington, where he wanted her impressions on Irish-U.S. relations.

Mayors of major cities and congressmen often called Barnes for help with something related to Ireland.

In a 1993 interview with Charlotte Observer reporter Helen Arthur, Barnes said, “I’m never surprised at who’s on the other end of the telephone line.”

“You should have seen me on a conference call at 5 o’clock in the morning,” Barnes adds today, remembering being in her night clothes in Kannapolis while talking with Irish officials. Their day, because of the time difference, was much further along.

While tourism is Ireland’s No. 1 industry, Barnes always has preferred the trade end of her duties, trying to match resources and needs between Ireland and the United States.

One of her proudest moments came when she connected the Hercules company with Ireland’s ready wool supply. Hercules manufactured wool rugs, relying on a synthetic compound for the rugs’ backing.

The deal also saved jobs on both the American and Irish sides of the ocean.

“When I do trade, it’s an exchange,” Barnes says. “I like the trade aspect.”

In the early 1990s, Concord formed a Sister Cities Association that sought out cultural partnerships with other communities in the world. Barnes hand-delivered Concord Sister Cities packets to three Irish cities.

Barnes headed a “fact-finding mission” of folks from Concord who visited Ireland during the sister-city quest. “Would you believe 70 people signed up?” Barnes asks.

During that trip, the late newsman Bob Raiford did a live radio broadcast from Dirty Nellie’s Pub in Limerick for the “John Boy and Billy Show” back in Charlotte.

Barnes also paved the way for the Concord High School band to be invited to perform in the St. Patrick’s Day Parade in Dublin in 1994.

“I was with them every step of the way,” Barnes says proudly. “Every question came to me.”

She was responsible for leading 250 students and adults in five coaches. The biggest challenge might have come before the trip in arranging passports for everyone.

Barnes traveled to Washington and did her best to pressure the Irish Embassy for help.

Barnes has led two other high school bands to Dublin for the big parade — South Rowan High and Providence High of Charlotte.

She has always appreciated how she’s treated like a celebrity in Ireland.

Barnes often has been afforded Seat 1A on Aer Lingus flights. Limousines would pick her up at the airport many times, and she stayed in prime hotels. She remembers looking out from the window of her hotel room across from the U.S. Embassy.

“I’ve actually stood there and wondered, how did I get here?” she says.

Barnes says she absorbs knowledge like a sponge. “And I’m just a stickler for details,” she adds, “and it irritates my husband.”

You’d be surprised, Barnes says, what doors a well-placed phone call will open.

“I like it — you have to be professional,” she says of her whole experience as goodwill ambassador. “The Irish have such a good sense of humor. That is the neat thing.”

Fashion designer Reynolds, who lived in Limerick, became Barnes’ best friend. She often came to stay with Barnes and her husband, Connolly, in Kannapolis.

“She loved the South, and she loved my home,” Barnes says. “One day my husband asked, ‘Who am I married to, you or her?'”

Reynolds died from cancer two years ago. “She was like a sister to me,” Barnes says. “I have a closet full of her clothes.”

For many years, Barnes reported daily to a travel agency office in Concord, where she handled all of her Irish duties and arrangements. Later, she moved her office to her Kannapolis home.

“I’ve kind of faded into the background,” she says of recent years, but she still tries to make anyone’s visit to Ireland “as eventful as possible,” when she’s asked for guidance.

For many years, Barnes was a judge in the Christmas Carousel Parade in Charlotte, whose winning high school band would receive an invitation to the St. Patrick’s Day Parade in Dublin.

These days, Barnes enjoys being a grandmother — “I have five grown grandsons who think I’m cool” — and going to car club meetings with Connolly, who has a beautifully restored 1937 Chevrolet Coupe.

She and Connolly have been married 52 years. She describes him as a folksy guy — a retired truck driver for Consolidated Freight “who has a touch of class about him.”

As for her trip to Ireland this June with her daughter, Barnes plans to go to a medieval castle in Limerick for LeAnne’s birthday party and dinner with about 250 people in attendance.

“We’re working on it,” Barnes says. “She might get thrown into the dungeon for misbehaving.”