Quotes of the Week: ‘We have arrived’ 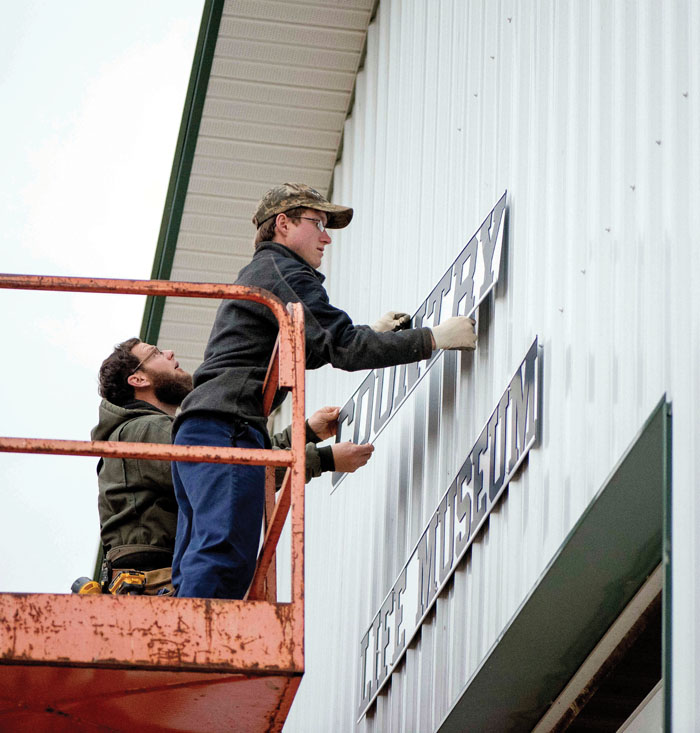 Daniel Hochstedler and Stephen Hochstettler hang the panel with the word 'country' on the outside wall of the Country Life Museum at Sloan Park. Jon C. Lakey/Salisbury Post

“We’re putting the flag on the ship. We have arrived.”

Randy Elium, president of the Carolina Antique Power Association, which has been working for several years to open the Country Life Museum at Sloan Park and on Tuesday erected a sign on the building

“I never looked at playing two sports as a problem. I looked at it as fun.”

Daniel Durham, a standout in both baseball and football at West Rowan High School who signed Tuesday to pursue baseball at Catawba College

“I love to see them learn. … They grow and learn so fast. It’s a good thing that we are helping.”

Kar’ryn Hill, one of several eighth-graders at North Rowan Middle School who serve as mentors to North Rowan Elementary first-graders, helping them with reading and science experiments in a project started by teachers Angelia Fleming and Iesha Patterson

“People are thinking too small. Their dreams are not big enough for their capability.”

Carol Spalding, president of Rowan-Cabarrus Community College, who says her faculty works to raise the educational aspirations of students

“I think every player wants a school to fall in love with him, and Catawba seems more excited about me than anyone.”

John Owen, a pitching star with the Rowan County American Legion team who signed this week to play baseball at Catawba College in 2020

“All of us need our parachutes packed.”

Bobby Lutz, a former college basketball coach who spoke Wednesday at the Hurley Family YMCA’s annual campaign kickoff and shared the story of Charles Plumb, a pilot shot down in the Vietnam War who spent six years as a POW and years later met the veteran who had packed his parachute that day